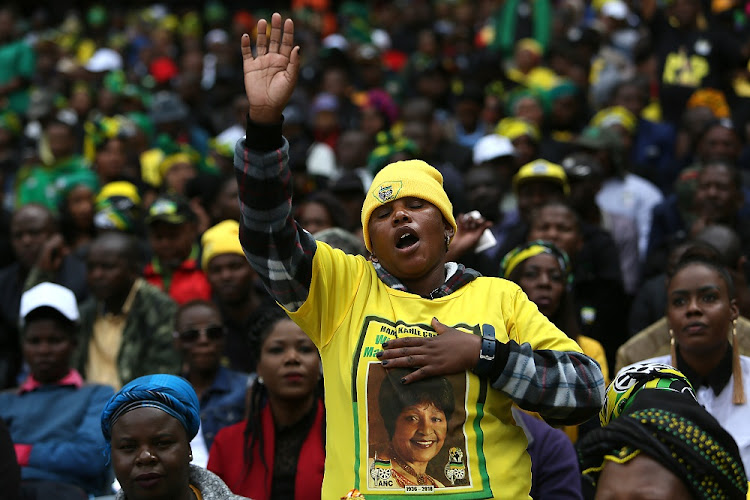 A 19-gun salute will mark the final farewell for Winnie Madikizela-Mandela in Fourways on Saturday‚ amid a tight security operation to ensure the burial and official funeral ceremonies are conducted with due decorum.

Police said on Wednesday that the National Joint Operational and Intelligence Structures (Natjoints) has been meeting regularly in preparation for the funeral at Orlando Stadium in Soweto and service at Fourways Memorial Park and was satisfied that its officials had organised what was required to ensure the events would run smoothly.

The structure‚ comprising of all law enforcement agencies as well as various other government departments‚ formed part of the planning team to ensure the smooth running of both Wednesday's memorial service and the funeral proceedings in terms of security‚ transport plans‚ route security‚ and access control.

Mourners who will be attending the funeral service‚ the police said‚ "are urged to conduct themselves in an orderly and responsible manner".

"Attendees are encouraged to cooperate with law enforcement officers and exercise patience so that all participants can mourn in a safe and secure environment. Parents and guardians are advised to give careful consideration to bringing along young children.

"Members of the public are cautioned against committing illegal acts. Law enforcement agencies will not hesitate to act against anyone who unlawfully discharges firearms."

This warning comes after the Umkhonto we Sizwe Military Veterans’ Association (MKMVA) at the weekend condemned incidents allegedly involving some of its members firing guns into the air outside Madikizela-Mandela's home‚ due to the risk of potential injuries when weapons are discharged in civilian and populated areas. The practise is common when ex-MK vets bid farewell to their former comrades.

Wednesday's SAPS statement also cautioned the community of Fourways‚ particularly people in close proximity to the Fourways Memorial Park where Madikizela-Mandela will be buried‚ "that extremely loud bangs will be heard in that vicinity (during the 19-gun salute) that may have an effect on people".

A woman who was married into the Abathembu royal family on Wednesday relayed her story as she remembered Winnie Madikizela-Mandela.
News
4 years ago

"Special care should be given to people suffering ill-health‚ the elderly and little children. Owners of pets are also advised that these loud bangs are likely to severely agitate animals and therefore special provisions should be made for them for the duration of the funeral ceremony."

While the burial will be private‚ government has said the funeral proceedings are open to everyone irrespective of race‚ colour‚ creed and political affiliation.

Saturday's events will commence with dignitaries joining the family at home at 6am before proceeding to Orlando Stadium.

The official funeral programme at Orlando Stadium is scheduled to start at 9am and will include tributes from family members‚ close friends‚ international leaders and a representative from the Abathembu Royal House.

President Cyril Ramaphosa will deliver the eulogy‚ followed by an official sermon and military honours.

Some roads will be closed for the official proceedings‚ and mourners will not be allowed to drive through the cordoned-off areas.

A park and ride system will operate from the Nasrec Expo Centre‚ from where the public will be transported by bus to Orlando Stadium‚ starting at 4.30am.

Government has also organised an overflow venue at Orlando Rugby Stadium‚ which will be opened as the need arises‚ where proceedings will be broadcast on a big screen for mourners who are not inside the stadium.