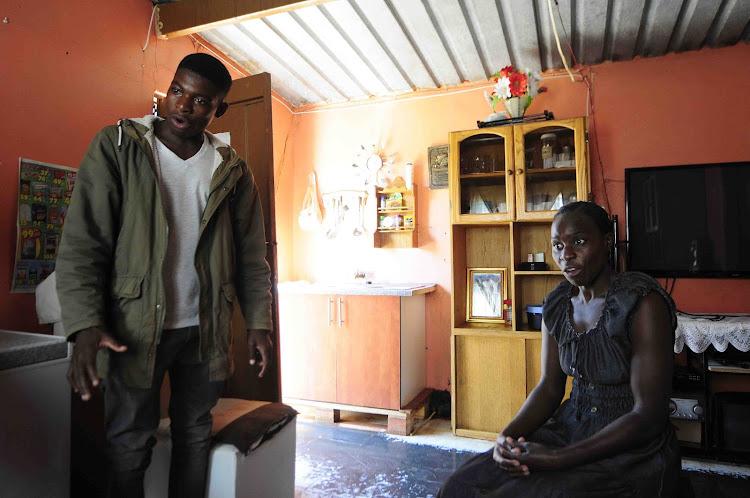 Christine Wiro and her son Adonai Langa on May 8, 2018.
Image: Thulani Mbele. © Sowetan

The National Prosecuting Authority is refusing to allow the police to drop a complaint of assault against ANC MP Mduduzi Manana. This comes as his former domestic worker Christine Wiro asserted she attempted to withdraw her complaint because she was afraid.

“In the instance where a complainant withdraws a case‚ it’s still the responsibility of the SAPS to submit the docket that was opened to the Director of Public Prosecutions for a decision [on whether] to prosecute or not. In this case‚ the docket is back from the director of public prosecutions and police are now investigating further on instruction of the NPA‚” he told the newspaper.

Audio during which Manana is allegedly heard making a monetary offer to Wiro‚ allegedly in an effort to have the charges dropped‚ has also surfaced.

Wiro denied the extortion allegation. She told the media that Manana had offered her R100‚000 and an alternative job after she opened a case at the police station on Sunday night.

On Tuesday‚ Wiro and her son Adonia Langa‚ 23‚ also alleged to the Sowetan that Manana had arrived at their Pretoria home after 1am on Monday‚ pulling up outside her house in a Mercedes Benz SUV.

“I had not given him my address but he managed to find out where I lived‚ that made me scared and I decided to withdraw the charges for my own safety‚” she said. “Now that this guy knew where I am staying‚ I thought‚ ‘let me just go drop the charges’.”