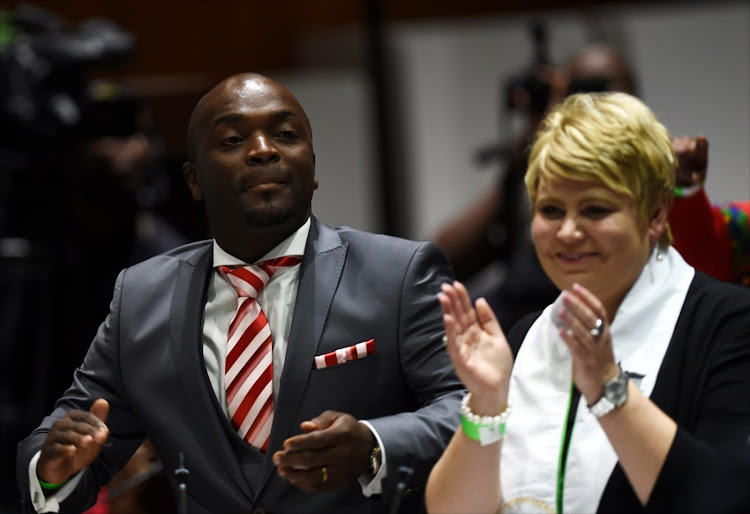 The City of Tshwane has decided to put its chief of staff Marietha Aucamp on special leave‚ following media reports that she was appointed improperly.

News24 reported on Wednesday that Aucamp landed the R1.2-million per year job despite not having the required qualifications.

The report alleged that in Aucamp’s hiring‚ mayor Solly Msimanga was part of the interview panel.

The city of Tshwane said Aucamp applied and was shortlisted for the vacant position of chief of staff in October 2016 and was selected as the most suitable candidate for appointment.

Why Balindlela ditched the DA

The Eastern Cape’s rising poverty levels are the main reason why former premier Nosimo Balindlela ditched the DA and – in a shock move – returned to ...
Politics
4 years ago

Nelson Mandela Bay mayor Athol Trollip’s wife testified in the Port Elizabeth Magistrate’s Court on Tuesday that he could not have bribed a former DA ...
Politics
4 years ago

After the interviewing process‚ in November 2016 Aucamp was sent for an assessment for senior managers supervised by the Department of Cooperative Governance & Traditional Affairs‚ the city said.

"While it’s advantageous for the candidate to be in possession of the required qualification‚ it doesn’t preclude a candidate in the political office to be considered for the position without having the relevant qualification‚ as what is required is experience and grasp of local government. As chief whip‚ Aucamp has the managerial experience of 16 years‚” the city said in an official statement.

“The executive mayor has requested the city manager to conduct an urgent investigation into this matter and Aucamp has since been placed on special leave‚” the city’s statement read.

Tshwane mayor Solly Msimanga has made good on his promise to use the R5.1-million raised from the sale of the metro’s mayoral mansion to build 40 RDP ...
News
4 years ago

South Africa's capital city has a problem with sinkholes and is spending millions to fix them.
News
4 years ago