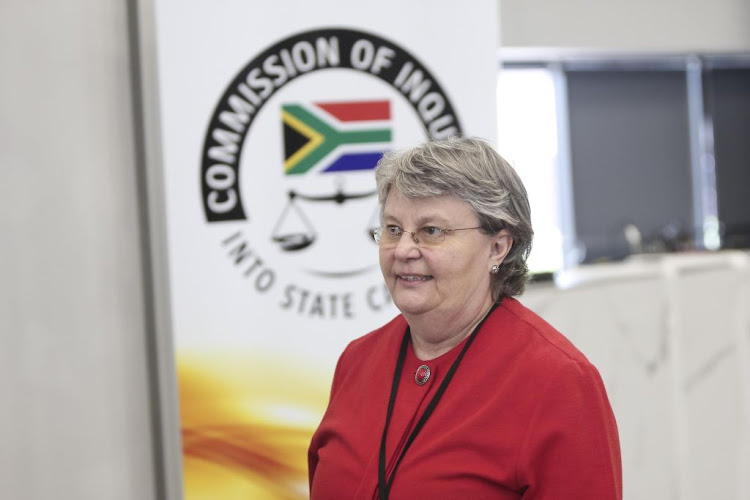 Former public enterprises minister Barbara Hogan and current minister Pravin Gordhan are expected to testify at the commission of inquiry into state capture this week.

Deputy Chief Justice Raymond Zondo postponed proceedings in October after the commission’s legal team requested that Hogan and Gordhan be afforded enough time to provide their statements detailing their version of events to implicated parties as per rule three of the commission.

Both key witnesses held cabinet positions during the Zuma era.

Hogan was expected to shed light on what transpired before she was axed by former president Jacob Zuma.

Deputy chief justice Raymond Zondo, the chairperson of the inquiry into state capture, says an investigation will be conducted to establish who was ...
News
3 years ago

Former ANC MP Vytjie Mentor told the commission during her testimony that Ajay Gupta had offered her the position of state enterprises minister – which at the time was occupied by Hogan.

Mentor told the commission that she was asked to adjust the routes flown by state airline SAA, particularly the India - South Africa route.

Hogan is also expected to attest to the pressure she endured by members of the controversial Gupta family and their business associates to scrap a lucrative flight route between Johannesburg and Mumbai.

It is believed the Guptas lobbied government officials to drop SAA’s profitable flights between Johannesburg and Mumbai in favour of Jet Airways.

Last week, the EFF submitted a complaint to Public Protector Busisiwe Mkhwebane, asking that her office investigate a violation of the executive ethics code by Gordhan.

The EFF alleged that Gordhan deliberately did not disclose a meeting held with Indian billionaire Mukesh Ambani and Ajay Gupta to discuss investment opportunities in MTN.

“It is absolutely impossible that [Gordhan] was not aware that he held a meeting with Ajay Gupta, and claiming amnesia, even now, is opportunistic and further misleading the people of South Africa.”

Hogan is expected to testify on Monday and Gordhan on Thursday.

Former public enterprises minister Barbara Hogan is on Wednesday expected to testify how Jacob Zuma made it difficult for her to do her job and how ...
News
3 years ago