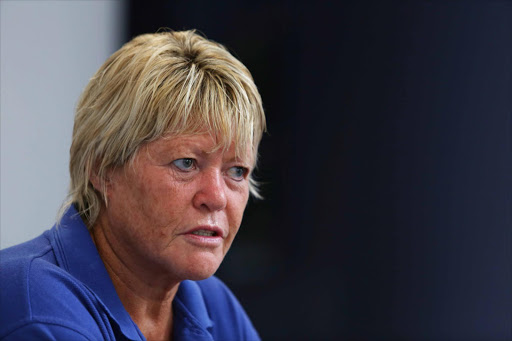 Glynnis Breytenbach said the DA's legal approach would not be the same as AfriForum's.
Image: Esa Alexander

The DA will approach the courts if parliament adopts the constitutional review committee report that recommends amending the constitution to provide for expropriation of land without compensation.

The party made the announcement on Tuesday, just hours before the National Assembly was due to consider - and most likely adopt - the report.

The report is due to be presented to the National Council of Provinces on Wednesday.

The DA said it would vote against the report.

The party said the process followed by the joint committee was “procedurally, fatally flawed” and it would ask the courts to set aside its outcomes. The report, once adopted by the two houses of parliament, will trigger a constitutional amendment process.

DA MP Annelie Lotriet, who served on the constitutional review committee, said it was  important for parliament to follow proper processes because this was not just another constitutional amendment but would be an amendment of the Bill of Rights.

“You cannot be lax in the process that you follow. Just not focusing and not engaging all the written submissions can make a major difference, so I don't think we should leave that out of the equation,” she said.

MPs are set to debate the report calling for land expropriation without compensation.
Politics
2 years ago

Glynnis Breytenbach, another DA MP who served in the committee, told journalists on Tuesday that the party's legal approach and the points it was taking to court would not be the same as AfriForum's.

“Theirs was premature and obviously the legal basis thereof must differ quite substantially. It [AfriForum's dismissal] won't affect the terminology in which our application will be couched; it is significantly different from our approach. The fact is the court substantially found that their application was premature and they had tried to interdict the incorrect party."

The High Court in Cape Town dismissed an application by lobby group AfriForum that wanted the court to prevent the report from being debated in the two houses and also set aside its recommendation for parliament to consider the amendment of Section 25 of the constitution.

Changes to constitution for land expropriation get nod from MPs

It's official. Section 25 of the constitution will soon be amended to allow for expropriation of land without compensation.
Politics
3 years ago

DA MPs said that the constitutional review committee's report has serious procedural flaws, specifically in relation to the public participation process which is mandated by three sections of the constitution.

“The ANC and EFF were dogged in their determination to ignore the more than 80% of written submissions which opposed the amendment of Section 25 during the public participation process,” said DA MP Thandeka Mbabama.

“The written submissions report has not been finalised, yet the ANC and EFF approved the final report,” she said. “This is proof that the process was merely a smokescreen for what was ultimately a predetermined outcome. The consequences of proceeding with this tarnished process will effectively silence thousands of people who participated in the process. Silencing the thousands of people who came out to voice their opinions on expropriation without compensation, which will lead to the nationalisation of land instead of ownership of land, is against the principles of the constitution,” said Mbabama.

MPs vote on land expropriation without compensation & Twitter was lit

Social media reacts to the decision to amend the Constitution to facilitate land expropriation without compensation.
Politics
3 years ago

It is unlikely that the constitutional amendment process would be finalised before the dissolution of the fifth parliament, so the DA's long-term plan is to ensure that the EFF and ANC jointly do not get a two-thirds majority in the national assembly after next year's general elections.

The two-thirds majority is the threshold needed to bring changes to the constitution.

“The sixth parliament will grapple with it, which is why we are making the point that if you want to support property rights, if you want to stop expropriation without compensation, the shortest distance between the two points is by depriving the ANC and EFF a two-thirds majority in the next election and that's the message we will taking to voters throughout the country in this election,” said DA chief whip John Steenhuisen.