Ramaphosa set to confront Zuma on his 'divisive' comments 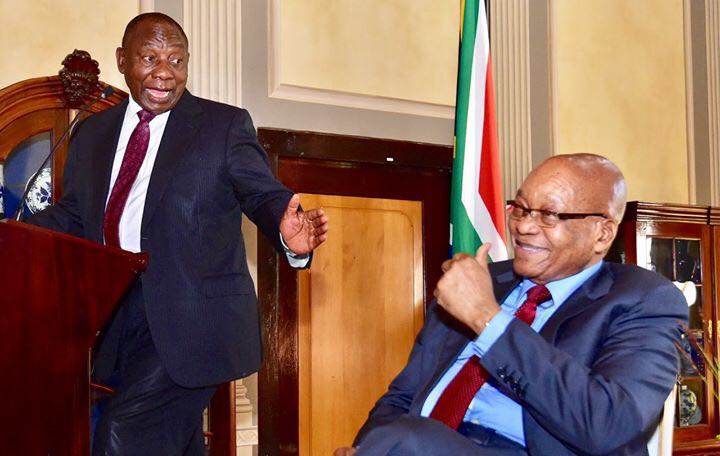 President Cyril Ramaphosa is set to confront his predecessor, Jacob Zuma, about his public comments that contradict ANC policy.

Insiders said Ramaphosa, who will launch the party's election manifesto in Durban on Saturday, has also been advised to discuss issues about state capture and Zuma's court cases when they meet.

The request for a meeting comes amid fears in the party that some Zuma supporters might try to embarrass Ramaphosa at the manifesto launch in a province where support for Zuma is strongest.

Zizi Kodwa, head of the ANC presidency, confirmed that Ramaphosa had asked for a meeting with Zuma but no date had been set. However, he said the meeting was no different from consultations Ramaphosa had held with the other former presidents, Thabo Mbeki and Kgalema Motlanthe.