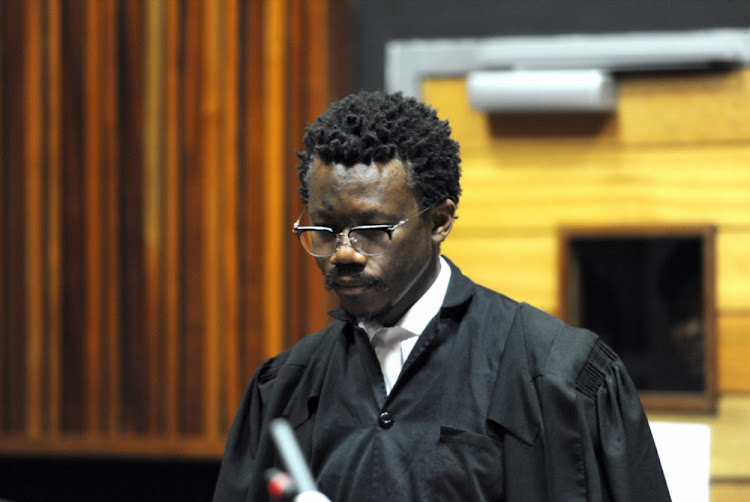 Advocate Tembeka Ngcukaitobi, counsel for Julius Malema and Floyd Shivambu, told the equality court on Monday that the pair want the matter transferred to the high court so they can challenge a section of the Equality Act. File image
Image: Gallo Images / Beeld / Felix Dlangamandla

Gordhan lodged a complaint in the Equality Court against Malema and Shivambu following public utterances they made against him in November last year which he charged contravened section 10 of the Equality Act.

Malema, who was speaking outside the state capture commission hearing in Johannesburg, accused Gordhan of being corrupt and of being a lackey of white monopoly capital, among other slurs.

Gordhan said the statements were intended to be hurtful, incite harm and promote hatred, and thus constituted hate speech, as contemplated by the act.

Counsel for Malema and Shivambu, Tembeka Ngcukaitobi, told the equality court on Monday that the pair want the matter to be transferred to the high court for them to challenge section 10 of the Equality Act.

The section deals with words that amount to hate speech.

Magistrate Nishani Beharie postponed the matter to February 11 for her to make a decision on whether to transfer the matter.

Gordhan is seeking an unconditional apology from Malema and Shivambu and R150,000 in damages.

He said if successful, the damages claimed would be donated to a charitable organisation that supported job creation for unemployed youth.

At the time of lodging the complaint, Gordhan described Malema and Shivambu's utterances as "absolutely nonsensical" and unsubstantiated attacks.

"The determined defence of corruption and the corrupt using personal attacks, racism and alleged hate speech is not acceptable and must be challenged," Gordhan said in a statement after he had laid criminal charges.

WATCH | 'If you push me, I push back' - Malema after laying charges against Gordhan

"I am not Nelson Mandela, neither am I [Jacob] Zuma. If you push me, I push back."
Politics
3 years ago

Gordhan throws counter-punch, says EFF charges are based on lies

Public enterprises minister Pravin Gordhan hit back at the EFF on Tuesday saying the charges laid against him by the party and its leader Julius ...
Politics
3 years ago