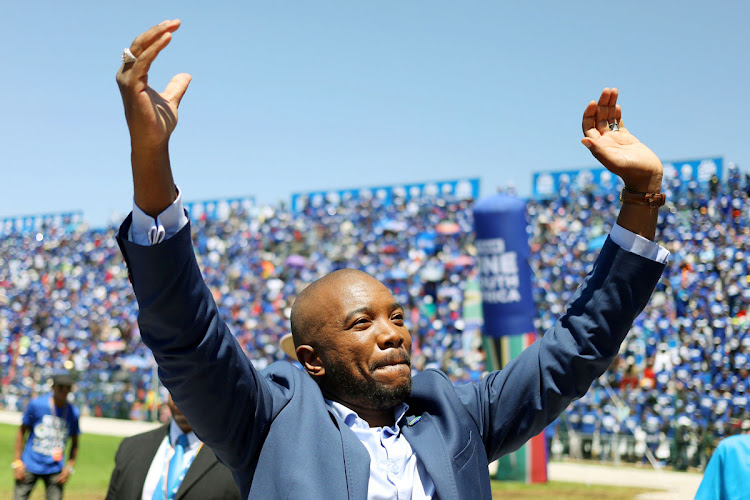 The DA is mooting the introduction of a housing voucher that will enable South Africans who earn between R4,000 and R15, 000 to build or buy the homes of their dreams.

Contained in its manifesto is a proposal to award vouchers that beneficiaries can use to build their own homes or use them as security to finance bonded properties. The voucher is aimed at South Africans who earn less than R15,000 a month and it will be broken down into four offerings depending on the salary of the beneficiaries.

DA Gauteng premier candidate Solly Msimanga believes the turnout at the party’s manifesto launch is symbolic of its growth.
Politics
3 years ago

Known as the "missing middle", people in these income groups often struggle to own property because they are considered too poor for home loans by finance institutions, but too wealthy for free RDP houses.

Addressing 20,000 supporters at a manifesto launch held at the Rand Stadium, south of Johannesburg, DA leader Mmusi Maimane said the proposal would allow South Africans that had been excluded from the property market to own land and houses.

"I also want South Africans to have a choice, which is why we will introduce a housing voucher which people can either use to build their home or as a down-payment on a house.

"In the South Africa I want to build, you will find estate agents in Alexandra and Khayelitsha, and not just in Sandton and Constantia, because property will have value wherever you go," he added.

The Democratic Alliance launched their manifesto on Saturday, February 23 2019, at the Rand stadium, in Johannesburg. Here are 5 points from the launch.

The Democratic Alliance launches its election manifesto at the Rand Stadium in Johannesburg.
Politics
3 years ago

President Cyril Ramaphosa and the Democratic Alliance will go head to head in the Constitutional Court on Thursday over whether the president must ...
Politics
3 years ago

A second DA billboard has been vandalised in Johannesburg in about a month, the new one claiming: "The ANC has killed the lights affecting 57 million ...
Politics
3 years ago