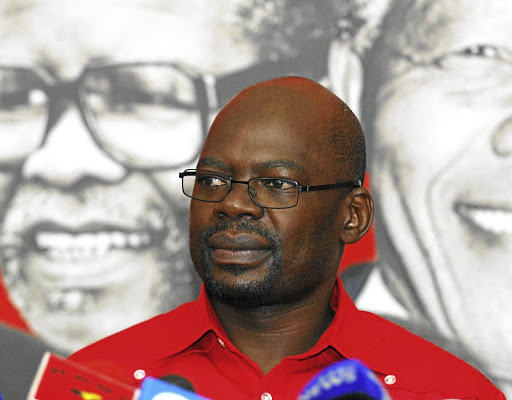 During a press conference held at the Constitutional Court on Thursday, the SACP  joined many who have called for a review into Mkhwebane's fitness to hold office.

Does Solly Mapaila ever advocate or defend ANY SACP policies?

Or he's only interested in defending hands that feed him?

He’s an hungry lost soul singing for his supper #SollyMapaila

Communists my foot! #SollyMapaila has sold the struggle of our people to the highest bidder.

Why are we still getting shocked by sellouts coming out in public to defend their baases.
It was a sellout party during President Zuma's tenure.#SollyMapaila#SACP pic.twitter.com/trYmzPaYyv

Who's mandate is he pushing cos I doubt its SACP mandate.

I wonder if Bab' Hani would be happy with these Communist leaders in the SACP...

Is the SACP still relevant at this stage of our democracy?

'If people like Pravin Gordhan fall, corruption will not be defeated': SACP

The SACP says it will lobby for the National Assembly to begin a process to review public protector Busisiwe Mkhwebane’s fitness to hold office.
Politics
2 years ago

EFF leader Julius Malema has rejected an accusation that his party is racist towards South Africans of Indian origin, and that its pursuit of public ...
Politics
2 years ago