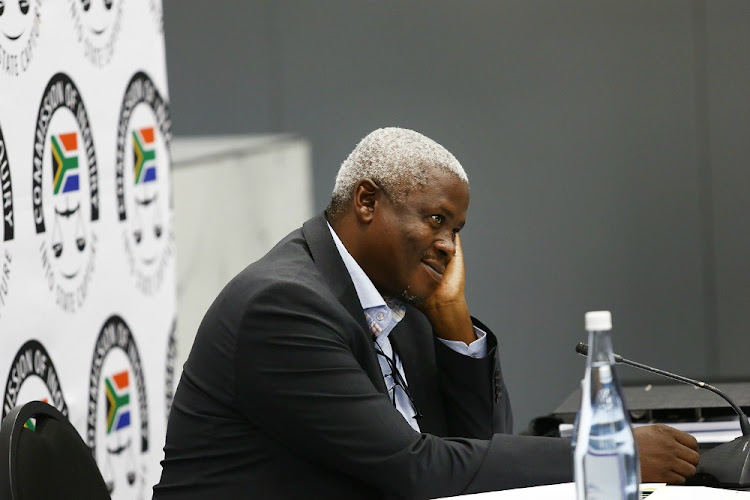 Dukwana lashed about at the state of the party. He was also critical of ANC members who joined for self-enrichment.

One of the people he took particular aim at was Magashule, who, Dukwana said, ran a "parallel system" of patronage which compromised various institutions in the Free State, where he once was premier.

"There are those who just joined the ANC because they think that by associating with the ANC, they will get certain things," he told the commission.

"But they are those who are revolutionary, who were activists at some stage, when there was nothing for them, when it was risky to be involved in these things, with no reward whatsoever ... I don’t think it puts the organisation in a bad light when we deal with these matters," he said.

Former Free State economic development MEC Mxolisi Dukwana has described a system of patronage which "compromised" structures in the province under ...
Politics
2 years ago

He said the party could not implement its resolutions if it was plagued by corruption.

"The fact of the matter is that you are not going to do anything drastic, like radical economic transformation, when there is so much corruption prevalent in society," Dukwana said.

"Services are becoming expensive because you have leaders who are not dedicated in making sure the laws, acts and everything else that has been passed to make sure there is good governance are implemented.

"What suffers then is the implementation of some of these resolutions ... What is happening in the ANC is a microcosm of society. You need to look into your society and fix this," he said.

He then turned his focus on to Magashule, saying the signs of mismanagement in the province were clear.

"There were signs there for us. I think we did a disservice to the Free State people because, being close to the man [Magashule], you could see the signs. But instead we protected him," he said.

"When I was MEC of transport and security, it was in 2008 ... At the time, Ace was in sports [MEC of sports and recreation]. There was a head of department who had come from suspension and won the case.

"Every time I went to a meeting I was told I must fire him. It was Ace who was telling me. There would be meetings where he would say, 'We told you to fire this person.'"

Dukwana described a system of patronage and fear in the province.

"A system of patronage, instilling fear ... many structures were compromised. The police in the Free State, many of them, are very compromised from the highest level to [lower] down," he said.

Dukwana's testimony is expected to continue on Wednesday.

Former Free State economic development MEC Mxolisi Dukwana has admitted that he accepted R10,000 from Rajesh Gupta in 2014, two years after he was ...
Politics
2 years ago