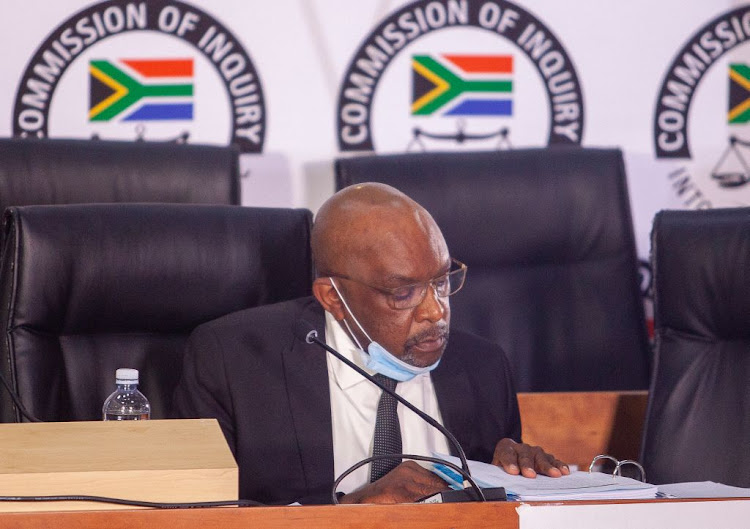 Smith appeared before the state capture inquiry on Friday where he confirmed receiving a loan, paid into his account between 2015 and 2016.

He told the commission he had a personal relationship with Agrizzi, who he had also assisted by helping his “unemployed son”.

“My loan agreement was with Angelo Agrizzi ... in 2015. A few months before that, Angelo had come to me to ask for assistance to help him with an unemployed son.
“I do this all the time in my constituency. He came to me and I was indeed able to do that.
“I in turn also went to him with my own son [who had] behavioural problems and he referred me to a service provider who could help him. The point I am raising chair, is there was some sort of cordial agreement with Angelo.”
He said nowhere in the records of the deposits is there any reference to Bosasa.
Chairperson of the commission Judge Raymond Zondo questioned the terms of the loan between the duo, which Smith described as “very simple”.
“I  ... own shares in a company and those shares were to mature in 2023, so it was a matter of cash flow. I went to Mr Agrizzi and said I need to pay school fees, I want to pay in one lump sum so please advance me the money and when my shares mature I will repay you ...”.
Smith further testified that he had furnished Agrizzi with a shareholder agreement between him and the company to confirm his shareholding portion.

In e-mail correspondence provided to the commission, Smith requested financial assistance from Agrizzi but did not state an exact figure.

Evidence leader Viwe Notshe SC questioned why this had been the case, while Zondo asked if the agreement had been contained in writing, showing an interest rate.

“I take the point chair ... there was no such agreement, I am not a lawyer but my understanding is that this particular transaction didn’t need a written agreement,” responded Smith.

The commission questioned if he was aware of Agrizzi's financial standing, to which he responded “no”.

“I am not sure where he got the money from or who gave it to him but as far as I am concerned, I made an agreement with Mr Agrizzi and there is an e-mail correspondence to that effect ... ".

Smith’s named was flagged by at least two witnesses at the commission.

Agrizzi earlier implicated him and various other politicians. He argued that pricey security upgrades were made at their homes while they also received monthly payments from Bosasa.

Another witness, electrician Charl Le Roux, also described the security upgrades he installed at Smith’s home in Roodepoort. These included the installation of an electric fence and a CCTV system with off-site monitoring capabilities.

He said Bosasa returned “on numerous occasions” to do maintenance on the equipment at Smith’s request. He estimated the value of the project at about R200,000.

While Smith said he had no relationship with Bosasa, he acknowledged there had been a long-standing relationship between him and the late CEO of the company, Gavin Watson.

“My relationship with the late Watson preceded my election to parliament. At the time of the unbanning of the ANC, it had a programme where we had to rebuild structures in the country and also develop communities.

“And the way we did that was to approach friendly business people. One of those was the late Watson because he was a comrade and he assisted us in many ways.”

The hearings are ongoing.