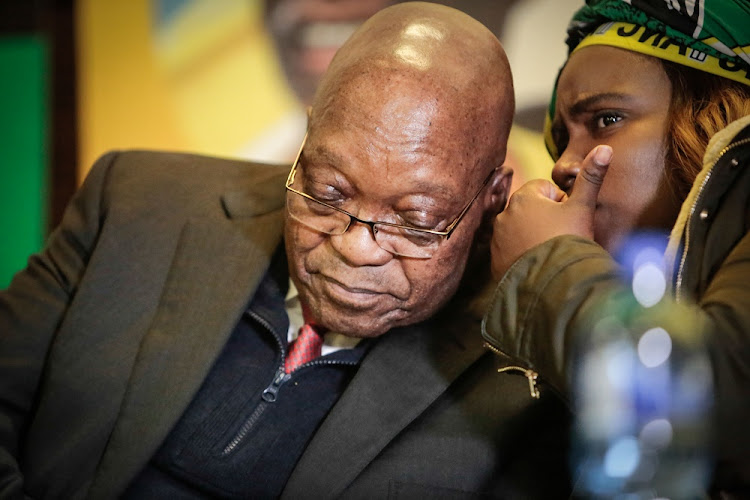 The ANC has announced a task team of 35 people — all under the age of 35 — in an attempt to bring back from life support its dysfunctional Youth League structure.

The group, led by Nonceba Mhlauli and Joy Maimela, was unveiled by secretary-general Ace Magashule at the ANC's Luthuli House headquarters on Thursday.

The appointment comes after the party's failure  to have an elected ANCYL leadership since the expiry of office of the collective led by Collen Maine. The league has been in ICU since the sacking of Julius Malema early in 2012, and was never the same again.

In an attempt to get things right, the ANC appointed a national youth task team (NYTT) in 2019. It was made of several leaders within the national executive committee structure of the mother body.

It failed to fulfil its mandate of ushering the ANCYL into a national conference that would elect new leaders.

The 2019 NYTT’s problems were compounded by continuous questions on their fitness to carry out the task since most of them were past the age limit of 35.

“They are under 35 because the plea of young people has been that they have to make sure that they run their own affairs,” said Magashule. “So the ANC regular national executive committee meeting resolved to appoint the ANCYL national youth task team as a congress preparatory committee. The top six did meet them and outlined how they must deal with issues, issues of unity and issues of building a strong youth league and focusing on all issues affecting young people.”

The task team convener, Mhlauli, said this was an opportune moment for young people to return the structure to its former glory. It was a shame that the league had been allowed to die for nine long years, she said.

“Young people within the ANC have a right to self-determination and they must exercise that right by being the people who build their own organisation,” said Mhlauli. “We have not had a properly functional ANCYL for a good eight years. We are a collective of different views, different expertise and experience. We are committed to doing the work, this is a new era ... an opportunity for a rebirth.”

The ANC Youth League joins the entirety of our movement in celebrating a life worth emulating, writes ANCYL national convener Nonceba Mhlauli.
Ideas
1 year ago