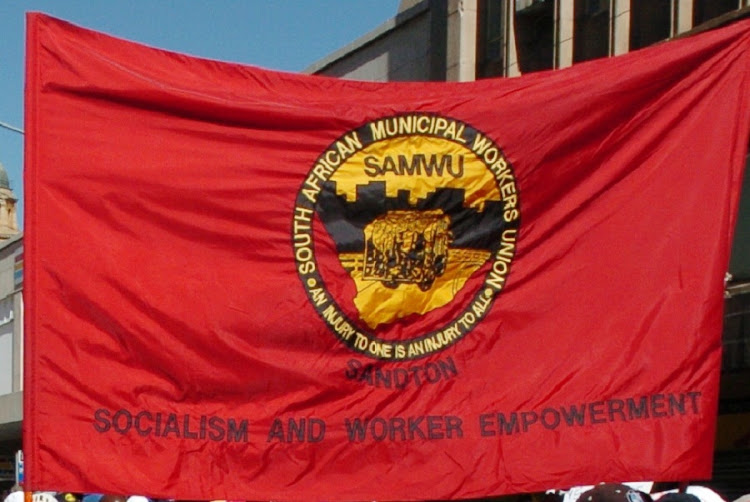 Samwu has accused the DA of chopping and changing rules as and when it suits it. File photo.
Image: ROBERT BOTHA

The SA Municipal Workers' Union (Samwu) in Gauteng has accused the DA of applying double standards in the insourcing of workers at the province's two big metros.

It further alleges that collective bargaining is now under threat under DA-run metros. This was said during a joint press conference of the leadership of the union from Tshwane and Johannesburg.

The briefing came on the same day as 130 sacked employees in the City of Johannesburg approached the courts to get their jobs back.

The 130 were initially employed as political support staff in the city but their contracts were later converted by the previous administration, which was led by the ANC, so that they became permanent employees.

Contracts for political staff are usually attached to the term of office of the political head and generally are not longer than five years.

The labour court in Johannesburg will on Wednesday hear a case brought by 130 employees of the City of Johannesburg who are fighting to keep their ...
News
2 months ago

“Those [employees] were employed by the security firms who were working in the City of Tshwane. They are now permanent through the particular resolution, without the recruitment being followed — contrary to what is happening in Johannesburg, where the mayco resolved to appoint and is deemed to be illegal because it was done by the ANC.

“In Tshwane we are saying the City of Tshwane went to their mayco, resolved to convert security guards into permanent [employees]. You can say insourcing [or] you can say you convert them — either way, they are now permanent, but the process was [done by the] mayco,” said Muthavhi.

The 130 employees in Johannesburg have been engaged in a public spat with mayor Mpho Phalatse who has been vocal about the reversal of their appointment.

Last month their sacking was questioned by co-operative governance and traditional affairs MEC in Gauteng Lebogang Maile. In a letter, Maile demanded that Phalatse explain the status of the 130 employees as the matter had received extensive media coverage.

The South African National Civic Organisation has vowed that Joburg mayor Mpho Phalatse will never find peace until she reverses a decision to review ...
Politics
3 months ago

“As the MEC responsible for local government, I am concerned that the ongoing dispute among the affected parties may have the very real likelihood of causing instability in the municipality that can potentially compromise the city's ability to provide the residents of Johannesburg with effective and efficient basic services,” said Maile.

But in her response, Phalatse cited the local government municipal staff regulations, which will come into effect in July this year, prohibiting the employment of a political support staff member beyond 30 days after their political head has left office.

She further cited a circular by the SA Local Government Association, together with the Treasury and national department of cooperative governance and traditional affairs (Cogta), which prohibits permanent employment of political support staff. The circular was issued in 2021.

The city of Tshwane on Tuesday said it had served about 19 employees based at the Mayville Depot with letters of 'intention to terminate their ...
News
3 months ago