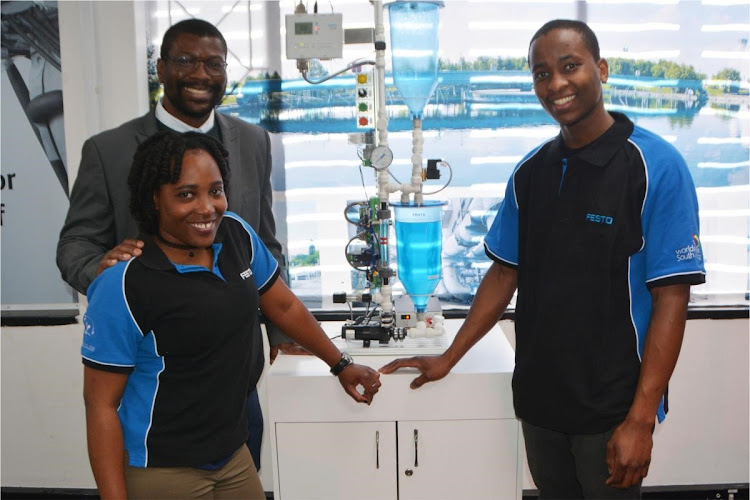 The Department of Higher Education and Training is calling on aspiring artisans to enter the WorldSkills International Competition to be held in Russia in 2019.

Every two years the WorldSkills International Competition brings together competitors and experts and industry, education and government leaders from around the world.

The Competition was established in April 2013 with the aim of encouraging more young people to see artisanship as a career of choice to ease the skills shortage in South Africa.

Young individuals who are eligible to apply are those working or training at companies or in industry along with students from TVET colleges, universities of technology and private colleges.

Alessandra Jester Manengena (22) from Polokwane will be taking part in the 2017 WorldSkills Competition this month in Abu Dhabi.

She is studying Chemical Engineering at the Uiversity of South Africa and will be representing South Africa as a competitor in the water technology category.

"Participating in the competition can develop the country’s youth, the issue of artisan development is top priority for government as there is a shortage of skilled people in our country,” said Manengena.

She added that the project can make a difference and help the country achieve the National Development Plan goals of producing 30 000 artisans a year by 2030.

Team South Africa, which consists of 22 young people, will be flying to Abu Dhabi this month.

Funded through the Expanded Public Works Programme (EPWP), the initiative drew aspiring chefs from across the country.
Features
4 years ago

"I am looking forward to meeting new people and learning about different cultures and I am also sure that I will learn more about the water technology skill in which I am participating in." she said

Young individuals are encouraged to enter the 2019 competition for one of the following skills:

Sandiswa Qayi’s device, Hot Spot, which can be fitted onto any geyser and saves energy by only boiling a certain amount of water instead of all the ...
Features
4 years ago

WorldSkills South Africa has registered in the competition and participants may not be older than 22 years in 2019 and must not have participated previously.

How to enter No applications will be accepted after 15 December 2017.