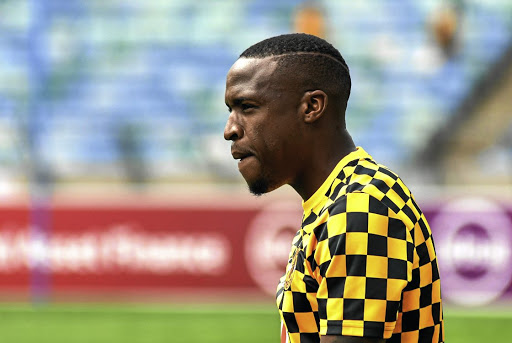 Moves to ensure that league seasons around the world —  suspended because of the coronavirus pandemic — can still be completed‚ even if many months behind schedule‚ are being put in place by Fifa.

The proposals are keeping hopes alive that there will still be the expected conclusion to the 2019-20 Premier Soccer League (PSL) campaign.

As SA went into lockdown on Thursday‚ and faced at last three weeks of uncertainty over the virus crisis and the resumption of sport‚ Fifa were working to change regulations to allow countries to extend their league seasons.

Up to now‚ June 30 is the last possible day on which the 2019/2020 season can be played for a multitude of legal reasons.

Most significantly‚ the contracts of many players will be at an end and some may have already signed to join new employers on July 1‚ such as George Maluleka moving from Kaizer Chiefs to Mamelodi Sundowns.

But Fifa‚ saying powers for cases of “force majeure”, are suggesting that any contracts due to conclude on June 30 are now extended to the “end of the current season”, meaning that if the PSL‚ for example‚ has to carry over past the end of June to conclude the 2019/2020 campaign then Maluleka would have to stay at Chiefs until the season’s end.

As for transfer fees‚ Fifa is also proposing: “Any payment that contractually falls due prior to the new commencement date of an agreement shall be delayed until the new start date of a new season or its first registration period.”

These proposals‚ which are still to be ratified by the Fifa Council‚ will come as a relief to the majority of administrators and supporters who would like to see the season completed.

“This is an unprecedented situation for football. There has not been a similar shutdown of organised football since World War 2‚” said Fifa in a working document on the effects of the coronavirus.

“This has naturally led to several regulatory and legal issues for Fifa member associations and their stakeholders.

“In this context‚ Fifa has received numerous inquiries and requests‚ the majority related to the Fifa regulations on the status and transfer of players.

“As a caretaker of football‚ Fifa has a responsibility and mandate to provide appropriate guidance and recommendations to member associations and their stakeholders to both mitigate the consequences of disruptions caused by Covid-19 and ensure that any response is harmonised in the common interest‚” world football’s governing body said.

Player contracts should be extended due to coronavirus: Fifa internal document

Current contracts for players and coaches should be extended until the end of the delayed domestic soccer seasons, according to an internal FIFA ...
Sport
2 years ago

'Without PSL matches I don’t have a life': Coronavirus cripples livelihoods of security personnel

About 2,000 security personnel who work Premier Soccer League (PSL) matches at weekends have been left without an income by the football shutdown
Sport
2 years ago