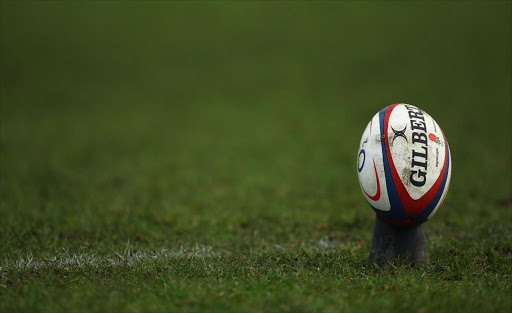 England’s victorious run is over, and they’ll settle for a joint world record of 18 matches unbeaten after losing their final Six Nations match in Dublin on Saturday.

I suspect had that match been played at Twickenham, the outcome would have been different. I also suspect Ireland would not have lost to either Scotland or Wales had they hosted them rather than playing away.

I also wonder whether France might have had enough to beat England had they played in Paris and not London. All “ifs” and “buts”, the beauty of the sports postmortem — scenarios that are ultimately irrelevant after the fact.

It’s why if you play SuperBru (the fantasy league), and are unsure of close match predictions, pick home teams and you’ll be right more than 80% of the time.

The question is, how big is that advantage? A few years ago, I looked at five years’ worth of Super rugby to figure out who enjoyed the best home success, and who were the best travellers.

It was possible because the structure of the tournament had every team play home and away in a two-year cycle. What you can then do, provided you have enough matches, is compare a team’s results at home with their results away, and get an idea of how home advantage benefits them.

For example, take the Lions. Back then the Lions were the tournament’s whipping boys — they won only 22% of their m at ches, the lowest overall success rate (showing how far they’ve come since).

But they were about three times more likely to win home matches than away matches — 31% compared to 12%.

So they still lost more than they won, but for the Lions, playing at home was a significant benefit. Now consider the Stormers, who won 58% of their home matches and 44% away.

More successful overall, but look at that difference home to away — it’s much smaller. They won home matches 1.3 times more than away matches, compared with the Lions’ 2.6. Points-wise, the Stormers averaged a four-point win at home and a one-point loss away.

So playing at home was worth a five-point swing. The Lions, on the other hand, had a 14-point swing, because their average home score was a seven-point loss, while they averaged 21-point defeats away.

Bottom-line, the Lions benefited relatively more from playing at home than the Stormers, who were good travellers in that period prior to the creation of Super 18.

You’re probably wondering how other teams stack up — of the South African teams, the biggest relative home ground advantage belonged to the Lions (14 points), the Cheetahs (13 points) and the Bulls (eight points). Fortress Ellis Park. The Sharks (seven points) and Stormers (five points) were our relatively best travellers. Or they had the smallest home advantage, if you want to put it differently.

The largest overall home advantage belonged to the Crusaders (15 points), while the Chiefs (three points) had the smallest swing home to away. Why might the Lions, Cheetahs and Bulls have enjoyed a larger home advantage? One obvious possibility is altitude, because no other teams in Super rugby are at anything close to their altitude, and that makes a significant difference to performance.

What would be fun to look at is whether teams playing in Johannesburg, Bloemfontein and Pretoria tend to be competitive for 60 minutes before they “run out of puff”.

If that did happen, it would confirm the altitude is a source of the extra home advantage. On the other hand, it may be teams like playing in Durban and Cape Town, undermining the home advantage of our coastal teams.

Based on this data (I realise this is now a few years old), if a decision is being made purely for competitive reasons, the Springboks should be playing all their Tests inland at high altitude.

Fortunately, I doubt that would happen.