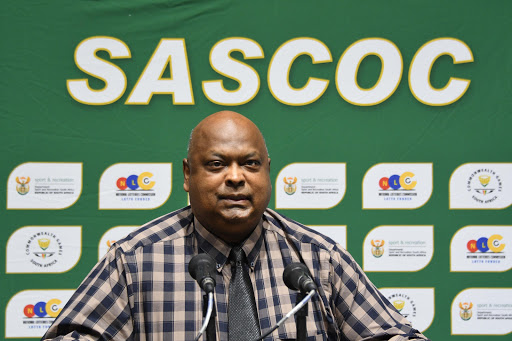 The National Lotteries Commission moved to calm fears over sports funding‚ but instead it created more consternation as it revealed a new policy that will hurt athletes.

New regulations will not allow funding for “activities outside the borders of SA”‚ the Lotto said in a press release‚ which means no more funding for athletes‚ swimmers‚ rowers‚ triathletes‚ canoeists and others competing and training abroad.

International racing is critical for most athletes wanting to improve‚ whether they are elite or even age-group competitors.

The NLC was reacting to a The Times story Wednesday quoting SA Sports Confederation and Olympic Committee (Sascoc) officials saying local sport was in peril because of two new regulations.

One was the 12-month cooling off period between grants‚ and the other was downgrading Sascoc‚ an umbrella body‚ to the status of national federation‚ which would have meant a massive cut in funding to R5-million from sometimes in excess of R100-million.

The NLC denied Sascoc had been downgraded‚ but CEO Tubby Reddy insisted this is what he had been told by Lotto officials in a meeting.

The Lotto explained the cooling off period would not delay new grants because these would be processed within 150 days.

“Sascoc has received over R300-million from the NLC since inception of lottery funding in 2000.

“The most recent grant of R70-million was paid in June 2016 and has to be reported on satisfactorily before any new funding can be considered. The NLC awaits this report.

“The cooling off period also comes into play because legislation dictates that NGOs can only apply for new funding 12 months after the last payment.

"The cooling off period ends in June 2017 and is also subject to Sascoc submitting its outstanding report. Any concerns of Sascoc is therefore unwarranted and premature.”

But the new regulation about not funding international endeavours took administrators by surprise‚ with Reddy and Swimming SA president Alan Fritz saying this was the first they had heard of it.

Both said they would need to engage the NLC for clarity.

Asked if this would even include the national rowing squad’s high-altitude training camps at Katse Dam in Lesotho — a critical part of their training — NLC official Sershan Naidoo replied: “In the true sense of the definition‚ yes.”

“What exactly will we support because athlete preparation depends on international participation?” said Reddy.

With many swimmers already having to self-fund a portion of their trips to competitions abroad‚ Fritz said he was concerned.

“We don’t have a sponsor and we are in dire straits‚” he said‚ adding they had approached 200 companies without a bite.

“Lotto has kept us afloat at times and we are grateful to them.

“Our participation is dependent on lottery funding ... and the parent community [especially for age-group teams].”

NLC pointed out it received 14000 applications exceeding R70-billion annually‚ but its budget was just R1.6-billion.

“Recent reports about the plight of Sascoc has [highlighted] ... the dependency of an NGO on one source of funding and the cooling off period between grants to the fore...

"Such dependency is exactly what the legislation was meant to avoid.”