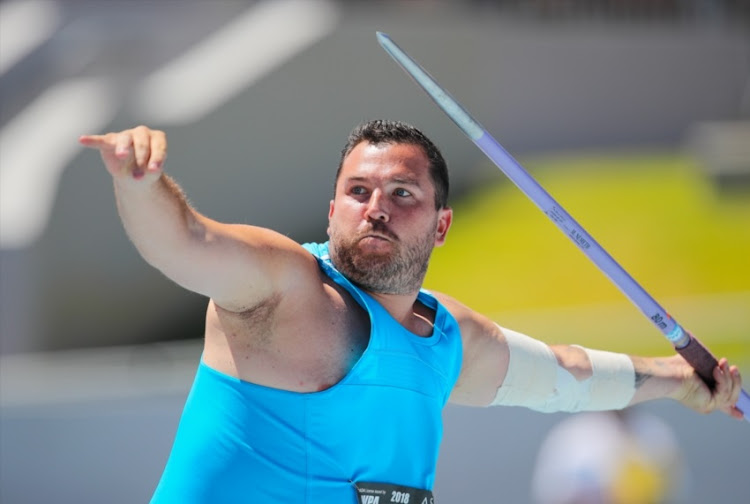 Three of SA’s Paralympic champions feel like they are on par with their able-bodied comrades at the Commonwealth Games‚ sporting a record number of disabled events.

The Games don’t offer the full array of disabled events‚ but the 38 para events of 275 medal events here is still a massive increase on the last edition in Glasgow four years ago.

Buis‚ the Rio 2016 400m winner who will compete against Du Toit over 100m here‚ said there should be more combined events like the Australian showpiece.

“I think the Commonwealth Games is a perfect prototype for inclusion in terms of getting disabled people competing in the same event as able-bodied people.

“So to me it’s a real privilege to be part of Team South Africa [and] not only the team with disabilities.

"I think that feeling is so liberating for me.”

Hamman‚ who is preparing to marry his singer sweetheart later in the year‚ said they had blended in well at the athletes’ village over the past week.

“I kind of don’t feel like a para athlete walking around‚ I feel like one of the able-bodied athletes here just because of the atmosphere.

“There’s a small group of para athletes so it’s not like it’s in your face the whole time that it’s just disabled athletes walking around or you’ve got to watch out for a guy in a wheelchair.

“Nobody really notices that we have a disability.”

Du Toit‚ one of SA’s heroes of the Paralympics with two golds‚ isn’t expecting to top the podium this time around because the athlete‚ classified as T37‚ is competing in T38‚ where his rivals‚ including stablemate Buis‚ are not as limited.

“I’m not going to beat this guy here‚” he said with a laugh‚ slapping the thigh of Buis‚ his training partner at their Stellenbosch base.

“This is my brother all the day‚” explained Buis.

They also enjoy teasing each other. Checking into the village‚ Buis managed to forget his luggage at the front desk.

And then he locked the trio out of their apartment when he forgot the key inside.

“All three of us have cerebral palsy and it’s very dangerous to put three guys with CP in an apartment‚” said Hamman‚ seeded second in the F38 shot put.

The javelin isn’t on offer at Gold Coast.

“We have a thing called CP points‚ so depending on the level of stupidity‚ you get a certain amount of points‚ and then at the end of the trip we’ll see who wins.”

“My money’s on Reinhardt‚” added Buis.