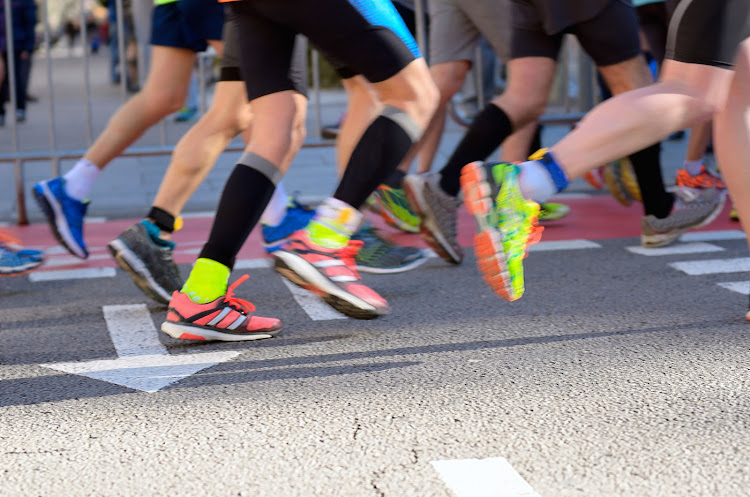 But the Russian runners‚ including Alexandra Morozova - who in the women’s medals was placed second in 2017 and third last year - are amateurs and don’t belong to the federation.
Image: 123RF/jaysi

All 69 Russian athletes were barred from running this year’s Comrades Marathon on Friday morning on instruction from the Athletics South Africa (ASA)‚ though the decision was later overturned.

The ruling by the ASA‚ which was overturned late Friday afternoon under threat of legal action‚ is linked to the suspension by the international athletics body the IAAF of the Russian Athletics Federation (RusAF ) on widespread “doping allegations” in November 2015.

But the Russian runners‚ including Alexandra Morozova - who in the women’s medals was placed second in 2017 and third last year - are amateurs and don’t belong to the federation.

And the IAAF has confirmed in writing that they are not disqualified.

Morozova‚ who is going for gold this year‚ was reportedly outraged when she received the call from Comrades association attorney Steve Mkasi saying the ASA had instructed that she and her fellow Russian runners would not be allowed to race.

In a hastily prepared affidavit‚ she said she had not been given reasons for the decision but she and her fellow countrymen had all properly registered for the race and had picked up their numbers.

Bong’musa Mthembu’s eyes may be on a unique Comrades Marathon hat-trick and defending the up-run he won two years ago but he’s not fazed by the ...
Sport
2 years ago

Her attorney‚ Mark Leathers‚ told TimesLIVE that the attitude of ASA CEO Richard Stander was that “if you are Russian you are banned”.

“He has misinterpreted the IAAF ruling. These runners are amateur. They are not affiliated to the federation.

“They were allowed to enter‚ they paid entry fees‚ and came out to South Africa‚ and some of them at great cost‚ only to be told today [Friday] that they can’t run.”

Leathers said after receiving word from Morozova about her ban “one client quickly turned to 69”. He had immediately made contact with attorneys representing the Comrades Association and the ASA.

He also began drafting an urgent high court application to be heard by a judge first thing on Saturday morning.

“The runners are over the moon‚” he said.

In a letter to Leathers‚ attorney Dev Maharaj‚ for the ASA‚ confirmed that the Russians could race.

The Comrades Marathon hasn't been a hit with Kenyan long distance athletes‚ but the entries of Justin Chesire Kemboi and Melly Kennedy will lend the ...
Sport
2 years ago

In a recent “clarification” memorandum IAAF running manager Alessio Punzi tells ASA CEO Stander: “Athletes of Russian nationality must not be barred from participating in the event. As we have stated on several occasions‚ Russian nationals who are not affiliated to RusAF (and hence have never been declared ineligible by the IAAF) are not covered by the suspension of RusAF.

“By not allowing a specific group of people to purchase a service freely available on the market (i.e.‚the participation to an open athletics event)‚ the ASA exposes itself to the risk of legal action on the grounds of discrimination as well as some serious reputational damage for ASA and the sport in general.

“It It is also likely to have an adverse economic [effect] as a result of losing hundreds of runner-tourists (and their families) coming into the country and spending money in the local economy.”

Morozova is suing the association and ASA after it withheld payment of about R210‚000 in prize money after she placed second in 2017 - a decision apparently also linked to the IAAF suspension of the Russian Federation.

The matter is pending before the Pietermaritzburg High Court.