India without Kohli elects to bat 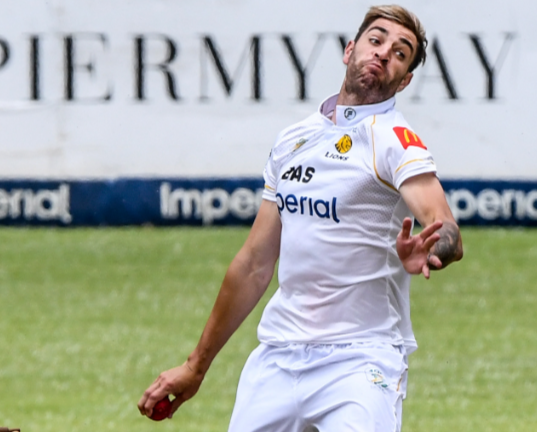 Duanne Olivier in action for the Lions against the Rocks during the CSA 4 Day Series at the Wanderers. Olivier has been included in the SA team for the second Test against India in Johannesburg.
Image: Sydney Seshibedi/Gallo Images

Indian captain Virat Kohli has been left out of the squad for the second Test against SA starting at the Wanderers on Tuesday.

Kohli has an upper back spasm and has been replaced by Hanuma Vihari.

SA have introduced Duanne Olivier into the seam attack while Kyle Verreynne finds himself in the lower middle order and with the wicketkeeper's gloves after the Test squad retirement of Quinton de Kock.

All rounder Wiaan Mulder has been left out after playing in the opening Test in Centurion.

Stand-in Indian captain KL Rahul won the toss and elected to bat under bright sunny skies at the Wanderers, but rain is predicted for later in the day.

India won the first of the three-Test series at Centurion.

SA’s batting frailties that have manifested in the last three-and-a-half years were laid bare again in the 113-run first Test loss to India, albeit ...
Sport
4 months ago

Australia will press for an Ashes series whitewash against England to boost their chances of making the final of the 2021-23 World Test Championship ...
Sport
4 months ago

Tall left-arm seamer Marco Jansen has received his first call-up to the SA One-Day International squad for their three-match home series against ...
Sport
4 months ago