Root versus Elgar a contest between two decent men 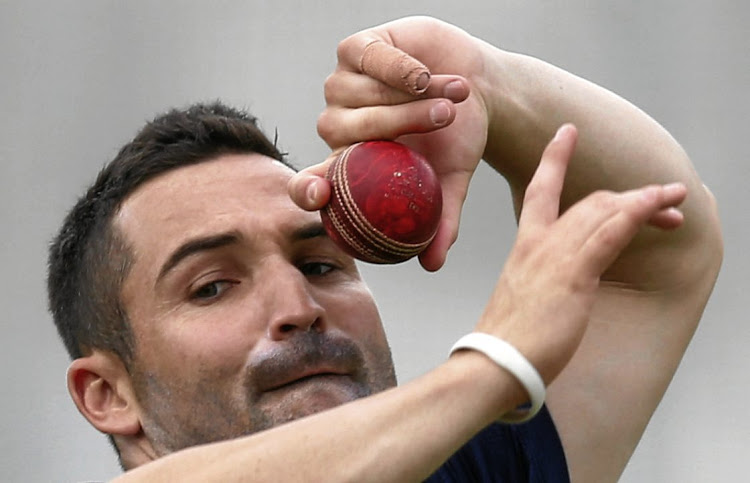 Perhaps they make them like that in Welkom. Perhaps his parents did a fine job raising him. Perhaps being part of a healthily robust dressingroom culture can do that for a player. Perhaps it’s all of the above.

Whatever. In the absence of the indisposed Faf du Plessis‚ the most assured captain in the game‚ South Africa could do worse than be led by Elgar in the first test at Lord’s on Thursday.

England will also have a new man at the helm in Joe Root‚ and if you wanted to be mean about the contest between the captains you could talk it up as the square-jawed versus the no-jawed.

But there’s no need to be mean. Root seems as proper a human being as Elgar‚ and in some ways Welkom is not a long way from Yorkshire.

“If you take me off the field I’m quite a reserved and quiet guy‚ and if I get to know the individuals I’m a bit of a clown‚” Elgar said on Wednesday.

“But once I cross the line — you can see it in my batting — I’m a bit tougher and more nuggety‚ as everyone’s been calling it‚ although I still don't know what the word means.”

Unlike Elgar‚ who will hand the reins back to Du Plessis for the second match of the series in Nottingham‚ Root is in it for the long haul. Was he ready for the unfair levels of scrutiny he had signed up for?

“There’s a lot of unknown things coming into this job‚ but I’ve always been confident in what I’m capable of and I don’t see why I’d go about this any differently.”

Elgar didn’t think his part-time status meant he shouldn’t make himself at home at the helm.

“It’s definitely an opportunity to enhance a leadership role within the team and maybe become more of a leader within the ranks‚” he said.

What he would enjoy most‚ he said‚ was that “I can contribute more within the team environment”.

Typical. So was that being where the buck stopped was about “thinking a little bit less about myself and more about the team.

“That sometimes happens in international cricket — you do tend to just worry about your own game and not have to make the tough calls. But leadership is about making those tough calls.”

Wednesday’s press conferences marked a special moment that is too often excised from the narrative of modern sport: two decent men come to do a job as well as they’re able. Nothing more nor less. And who could ask for more?

“He saw something more in me than what I saw when I was nine years old‚” Elgar said. “He and my father said that if it happens one day then they were going to come and watch.”

Root’s father and grandfather will also be present. Perhaps the four of them can connect the dots between Welkom and Yorkshire over a few warm ones.

Beyond the niceties the match is clash of teams who have known more certain times‚ when bigger egos bestrode their dressingrooms and agendas hid in plain sight.

England declared theirs by picking two spinners‚ left-arm orthodox Liam Dawson and off-spinner Moeen Ali‚ in a Lord’s test for the first time since 1993.

And that despite the covers being removed to reveal a green pitch.

“It’s a chat about whether to go in with four seamers or three seamers and an extra batsman‚” Elgar said.

That could be good news for Chris Morris or bad news for Theunis de Bruyn. Look out‚ too‚ for Temba Bavuma’s promotion to No. 5.

And for the specialness of a match at a ground that will always command a place in the souls of old-fashioned cricketers.

“Everything about Lord’s seems to want you to do better‚” Elgar said.