Another dead rubber‚ another loss for SA 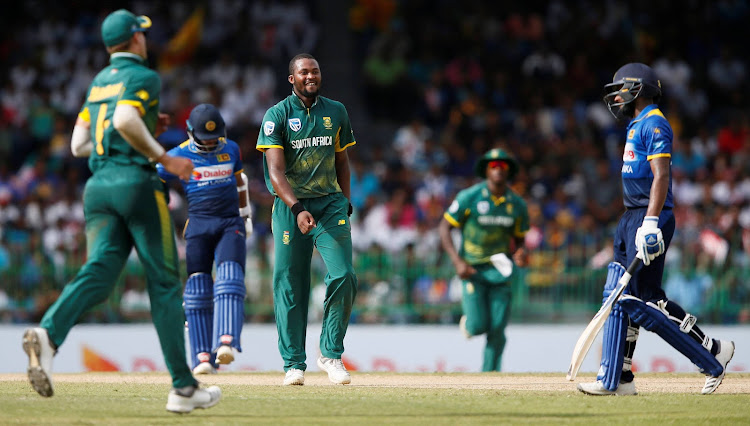 It’s hardly surprising that South Africa have followed three banging victories with the whimper of two defeats in their one-day series in Sri Lanka.

Why the visitors should have to get out of bed‚ much less take the field‚ having wrapped up the rubber a week ago is a fair question that doubtless went unasked out loud.

Dead rubbers are part of what’s wrong with international cricket‚ and to have to put up with two of them — the reality after South Africa clinched the series last Sunday — is too much pretence for people who do what they do to win when it matters.

There is little pride to play for when the game doesn’t matter. It didn’t matter in Kandy on Wednesday and again in Colombo on Sunday‚ when Sri Lanka won by 178 runs.

No team have yet chased down 300 to win a day/night ODI in Sri Lanka‚ and in the circumstances South Africa weren’t going to claim that record — nevermind after the Lankans totalled 299/8.

Instead Quinton de Kock’s team dawdled‚ dwindled and descended to a reply of 121 inside 25 overs‚ the captain’s 54 their only effort higher than 20.

It was the 11th time South Africa have been dismissed in the 29 ODIs they have played on the Asian island‚ but they have never been bowled out for fewer runs and in fewer overs there.

Akila Dananjaya‚ the impish assassin who bristles with off-breaks‚ leg breaks and even googlies‚ was rampant for career-best figures of 6/29.

That was after Angelo Mathews’ run-a-ball 97 not out‚ Sri Lanka’s only score higher than 50 in an innings in which four players reached 30.

Perhaps‚ like the South Africans‚ only less so‚ the Lankans were gatvol of the charade by the time the series got to Sunday‚ bloody Sunday.

There is no point‚ in fakery like this‚ in analysing conditions‚ selection‚ and the why and wherefore about how the match was won.

Even so‚ David Miller’s omission didn’t make sense. His 51 powered South Africa towards 400 in the third match and his dismissal‚ for 21‚ ended their hopes of winning the fourth.

After indifferent innings in the first two matches‚ why not give Miller another chance to build his confidence and rest Hashim Amla?

Instead Aiden Markram was brought back after being dropped in the wake of scoring nought and three in the opening games.

That said‚ with the pressure off Markram looked better than he has done all tour and clipped all of his 20 runs in boundaries.

Kagiso Rabada returned from a rare rest — he has played in 18 of South Africa’s 23 matches this year — and Keshav Maharaj‚ in only his second game of the series‚ turned in 10 decent overs for his 1/32.

And so to the last game of the tour. It isn’t often a T20 is more relevant than an ODI‚ but that will be case in Colombo on Tuesday.