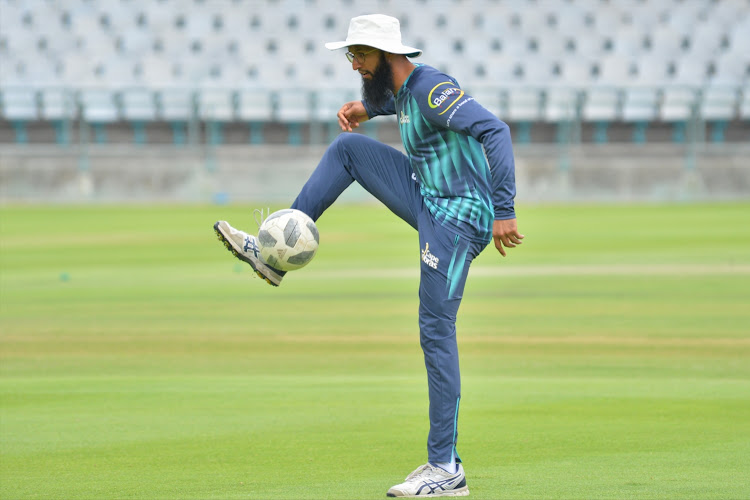 Hashim Amla will miss the last competitive matches South Africa will play before the World Cup.

The stalwart batter’s father is gravely ill‚ and on Sunday he was left out of both squads named for the three T20s against Sri Lanka this week — South Africa’s last matches before they meet the Lankans again in a World Cup warm-up game in Cardiff on March 24.

Amla didn’t play in the five one-day internationals the teams contested in the past two weeks‚ but he scored 108 not out and 59 in five ODIs against Pakistan last month.

Theoretically he could play in the Cobras’ remaining two one-day matches‚ and in two more if they reach the final.

Amla‚ who last played for South Africa in the third Test against Sri Lanka at St George’s Park in February and has since had a one-day outing for the Cobras‚ could also hone his game in next month’s franchise T20 tournament.

The selectors named a squad for the first T20 and another for the last two.

“The first match forms part of our vision 2019 to continue exploring our options for the World Cup‚ and the squad for that match consists largely of the squads that have been doing duty in the ODI series against Pakistan and Sri Lanka‚” convenor Linda Zondi was quoted as saying in a Cricket South Africa release.

“We would have liked to include Hashim Amla but unfortunately he remains unavailable because of his family situation.”

Aiden Markram and Anrich Nortjé are in both squads and have yet to play T20 internationals‚ but the only genuine new cap is Sinethemba Qeshile‚ who is in the second group.

A 20-year-old wicketkeeper-batter‚ Qeshile has scored 121 not out‚ 88 and 54 amid seven list A innings for the Warriors this season.

“We have used our T20 matches in the past as the first port of call to widen the pool of talent‚” Zondi was quoted as saying.

Cricket South Africa’s (CSA) compliance head‚ Lindiwe Ndziba‚ has resigned with immediate effect in the wake of being asked to reapply for her ...
Sport
3 years ago

“This has resulted in Rassie van der Dussen‚ Gihahn Cloete‚ Janneman Malan and Lutho Sipamla being brought through the pipeline with considerable success during the course of the current season.

Qeshile seems set to make his debut‚ what with four regular players being given a break — among them Quinton de Kock.

“JP Duminy will take over the captaincy for the last two matches while we give a short break to Faf du Plessis‚ Quinton de Kock‚ Kagiso Rabada and Lungi Ngidi who are involved across all three formats for the Proteas‚” Zondi was quoted as saying.

Don’t be surprised to see David Miller‚ who has been mentioned in dispatches as De Kock’s likely understudy for the World Cup‚ behind the stumps for at least some of the T20 series.

Imran Tahir was also not part of the squad for the last two games‚ which includes Chris Morris and Lutho Sipamla.

Morris played in all three games of South Africa’s previous T20 series‚ against Pakistan in February‚ but he wasn’t involved in their 10 other white-ball games this year. Sipamla made his debut in the Pakistan T20s.