Markram pummels century for Proteas as they continue Test preparations 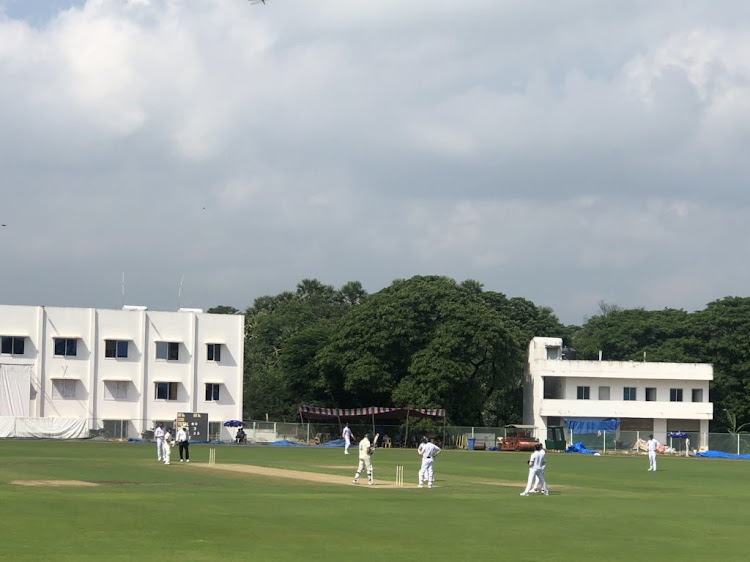 Aiden Markram got crucial runs under his belt in the tour warm-up match in India.
Image: Cricket South Africa/Twitter

While next week's Test series between India and South Africa will prove to be a different kettle of batting fish‚ Aiden Markram is warming up for the big event properly.

With Thursday's first day washed out‚ it was critical SA got some crease time ahead of next week's first Test against India in Visakhapatnam.

On winning the toss and batting first‚ South Africa made 199/4 in 50 overs before bad light stopped play and Markram was pleased with his effort and the time he's spent at the crease.

“Every bit of preparation we can take in before the series will count and it's important. For us as batsmen‚ it was important that we spent time in the middle and getting to see where you can improve in your game‚” Markram said.

South Africa have won the toss & will bat first in their warm-up match. #ProteaFire pic.twitter.com/oQVRreEvaQ

“I'm happy with how things panned out today and I'm happy that a few of the guys got a run in the day's play.”

Not every batsman came to the party though with Dean Elgar (six)‚ Theunis de Bruyn (six)‚ Zubayr Hamza (22) and captain Faf du Plessis (nine) failing to capitalise on the batting chance offered to them.

Temba Bavuma though did‚ compiling a 92-ball 55 with nine fours.

With Bavuma pretty adept against spin and rescuing the team from perilous positions‚ Markram knows an in-form Bavuma is a critical component for the Proteas.

“Temba's a massive batter for us in the Test series and it's nice to see him getting into some form and scoring runs.

"There's a lot of positives we could take from a day like today. I wish it could have gone on for longer but it is what it is and we don't have control over that‚” Markram said.