CSA’s possible rescue plan for the MSL: take it to the townships 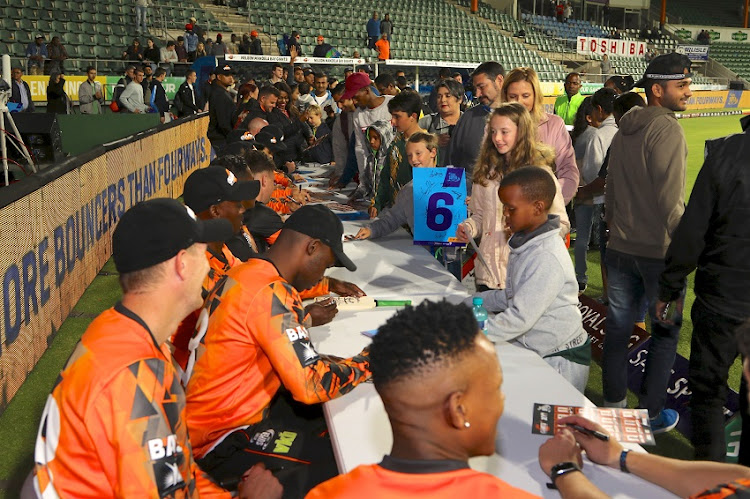 If you live in a township‚ the Mzansi Super League (MSL) could be coming to a ground near you.

The troubled tournament‚ now in its second edition and still without a headline sponsor or the prospect of breaking even‚ is currently playing out to mostly empty stands in the country’s major stadiums.

Except in Paarl‚ where the ground is part of the eastern suburb of Amstelhof‚ a disadvantaged coloured part of town.

A crowd of 5‚500‚ the MSL’s biggest so far this year‚ attended the Paarl Rocks’ home game against the Cape Town Blitz on Sunday.

That’s almost twice as many as the 2‚844 who saw the Jozi Stars play the Nelson Mandela Giants at the Wanderers last week — despite the facts that the game was played on a Saturday and that it featured drawcards Chris Gayle‚ Kagiso Rabada and Jason Roy.

Only 3‚104 were at St George’s Park on Wednesday to see the Giants beat a Cape Town Blitz side studded with Quinton de Kock‚ Dale Steyn and Wahab Riaz in a thrilling contest that was decided with only four balls to spare.

Paarl is undoubtedly a cricket-minded place‚ so there’s no need to convince the locals to turn up.

But it wouldn’t have hurt that there are‚ comparatively‚ fewer entertainment options there than in bigger centres; nor that the competition appears to have been better marketed in Paarl than elsewhere.

In an interview with television channel Newzroom Afrika on Thursday night‚ Cricket South Africa chief executive Thabang Moroe said: “We have to look at the Paarl Rocks and their stadium in the Boland and the number of people they are attracting.

“They’re people who’ve been hungry for cricket content — the stadium is in a township‚ and access is one of South African people’s problems.

“Not many people can afford to get to the stadiums and leave as late as the matches finish‚ and not everybody’s got access to a car to make it to the ground.

“Those are some of the things we need to work on to make sure we get those bums on seats‚ and help in getting people back home.”

Moroe said the MSL was “a perfect competition” to “take to the people”.

“We need to go back to the drawing board and look at our strategy and say‚ are we taking it to the right stadiums?

“And what would be the right answers in terms of moving matches around?”

A challenge to the noble aim of taking the MSL to the people is that every township ground beside Paarl’s would be likely to require a significant upgrade before it could host events of that size.

That’s a searing indictment of CSA‚ considering unity was proclaimed 28 years ago.

The blame for that can’t be laid at the door of Moroe‚ who admitted that swathes of empty seats was “not a good look” and correctly countered with “we need to look at previous domestic competitions‚ where attendance has been just as poor”.

Also‚ the weather hasn’t been a cricket fan‚ what with a third of the dozen games played so far washed out.

But Moroe made the stunning although unexplained claim that the MSL was “currently the second-most watched T20 league in the world behind the IPL [Indian Premier League]”.

Why then‚ besides the valid reasons Moroe has given‚ are so few people interested in seeing it first-hand?

And why‚ if the MSL is such a hot property‚ do almost no potential backers want to put their money where the tournament’s mouth is?

“We had a lot of work to get through in terms of commercial agreements that we needed to work on and sign in order to get the league over the line this year‚” Moroe said.

“From the commercial side of things‚ there really isn’t that much work left to do.

“Except working hard on getting sponsors in.”

Maybe CSA should have done that first.