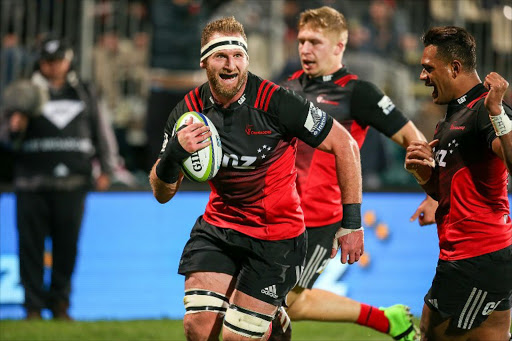 Crusaders coach Scott Robertson may have had the slight headache of not knowing how bad Kieran Read's injury is but keeping their unbeaten streak was the cherry on top.

New Zealand Herald reported that the All Blacks number 8 and skipper broke his thumb late in the first half and could put his participation in the British and Irish Lions series into doubt.

With Jerome Kaino also in danger of missing the series because of knee surgery‚ the All Blacks could be without some of their most important back row personnel.

However‚ that's far beyond Robertson's tax bracket and having dispensed with the Cheetahs‚ their next move is to break their nine-year Tshwane hoodoo.

Robertson also reckoned his team were always going to be in control despite the controversial 37th minute moment where Sergeal Petersen's try was overturned with the assistance of television match official Johan Greef.

They haven't won in South Africa's administrative capital since February 22‚ 2008 when a powerful‚ Dan Carter-inspired second half saw the seven-time champions hammer the Bulls 54-19 after holding a slender 17-12 half-time lead.

They went on to win the title that season and they haven't won the trophy since.

“I didn't know that and it's been that long but it's a great challenge for us. It's been a season of firsts for us and we know if we beat them up there‚ it's going to be tough because they're desperate‚ just like the Cheetahs have been.

"They're a different beast when they're in Pretoria and they're going to be tough. They've just come off a bye‚” Robertson said.

“There were a couple of key moments in the game that went our way. It could have been a different scoreline with that try.

"The boys knew they were in for a fight against a desperate Cheetahs side and their supporters should be proud. It was also important to keep the moment we had from home”

Loosehead prop Wyatt Crockett is the only survivor from that 2008 fixture but recently capped centurion Matt Todd was not worried about their record in Pretoria.

The Crusaders have enjoyed playing on the Highveld even though they were caught short by the Lions in last year's Super Rugby quarterfinal.

Todd understands the threat the Bulls will pose but also keeping their feet on the ground with while capitalising on the “easy” points available outside of the cutthroat New Zealand conference.

The Crusaders‚ Hurricanes and Highlanders are keeping a close watch on the Crusaders.

“At home‚ the Bulls are a different beast and I think this is going to be one of our biggest challenges of the season.

"Once we're done reviewing this game‚ we're going to be very excited about that game.

"It's going to be a massive task because it hasn't been a place where we've been successful.

"The Bulls are starting to find some form and we need to be better than we were today‚” Todd said.

“It's important to pick up points every opportunity you get. Bonus points here and there could be the difference.

"We know we got the bonus point here and we're very happy about that. We know we need to keep accumulating points where we can.”