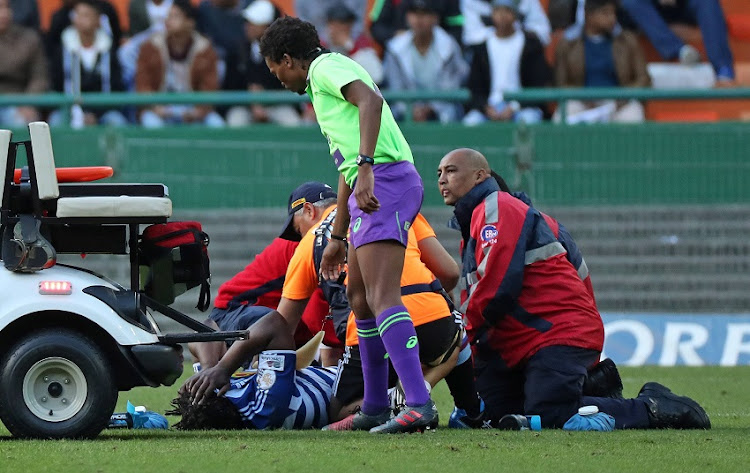 Province hooker Scara Ntubeni suffered the injury early in the second half of the Currie Cup defeat by the Lions.
Image: Gallo Images

Western Province hooker Scarra Ntubeni’s season is in all likelihood over after he tore a hamstring during his side’s 21-20 loss to the Sharks at Newlands on Saturday.

Ntubeni suffered the injury early in the second half of the Currie Cup defeat‚ which will again leave him facing months of rehabilitation.

The abrasive hooker had only recently returned to the field after rupturing an Achilles tendon last year and this latest setback has again cast doubt on his future.

“Scarra did his hamstring badly and I doubt he will play in this Currie Cup campaign again‚” coach John Dobson confirmed after the match.

“It’s not so much the Currie Cup that concerns me‚ I feel for poor Scarra. He’s fought hard to get back on the field and he’s such a good presence in the team because he’s really physical. In my opinion he’s still one of the top hookers in South Africa‚ so this is desperate for him. He was in tears in the changeroom.”

The defeat pushed the Sharks briefly to the top of the standings until the Free State Cheetahs beat the Golden Lions 30-24 to reclaim top spot.

A late try from fullback Inny Radebe and a touchline conversion from Rhyno Smith gave the Sharks a narrow win over Western Province and moved them to ...
Sport
4 years ago

Both the Cheetahs and the Sharks have won five out of six games and sit well clear of the chasing pack on 25 and 24 log points respectively. WP are third on 17 with the Pumas in fourth on 15. The race for the semi-finals is going to be tight.

WP again did too much defending in the match after making a bright start. They spent almost the entire second half buried inside their 22 and only squandered chances by the Sharks prevented a heavier defeat.

“We have to take a good look at ourselves because we made over 200 tackles again‚” Dobson said. “That’s not the way we want to go.

“We couldn't get any ball in the second half‚ which stemmed from losing six lineouts. That put us under pressure‚ led to penalties and eventually a yellow card (for flank Steph de Witt).

“We have to fix it and take the ball through more phases. Our game management was poor because they gave us kick space‚ which we never took. It was an immature performance. The Sharks deserved to win by a wider margin.”

Sharks coach Robert du Preez was naturally happy with the result but also a little perplexed why his side failed to translate such dominance into a more comfortable victory.

“It was frustrating because we created so many opportunities and couldn't convert‚” Du Preez said. “But any win at Newlands is a good win because it’s a tough place to come.

“We battled to get going after the bye and the guys were really quiet in the changeroom at halftime. There was some impatience on attack as well.” - TimesLIVE