Damian Willemse to start at inside centre in Currie Cup final 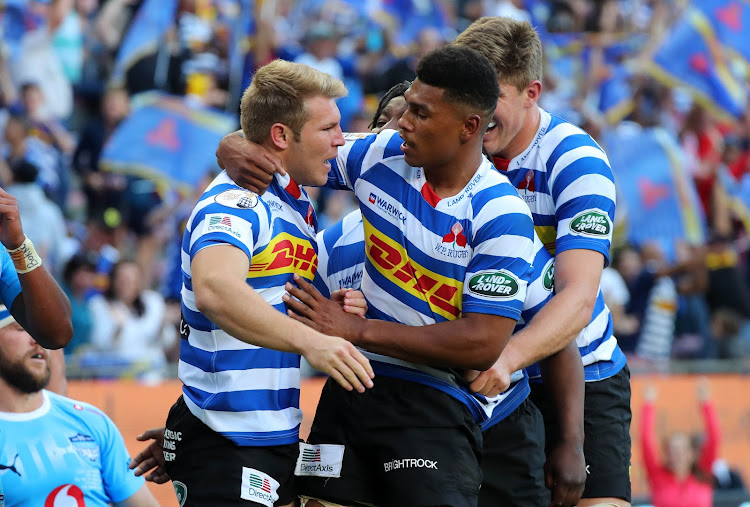 Western Province coach John Dobson has made a calculated risk by reshuffling his backline for Saturday’s Currie Cup final against the Sharks at Newlands.

Josh Stander comes in at flyhalf‚ which means that Damian Willemse‚ who started at 10 in last week’s semi-final against the Blue Bulls‚ moves one out to inside centre.

It’s the first time Willemse has started at 12 at this level‚ although he was inside centre for the Junior Boks at the 2017 Under-20 World Championships in Georgia.

Scrumhalf Jano Vermaak also makes a welcome return‚ but he will wear a specially designed splint on the fingers of his right hand following an injury last month.

Bok No 8 Sikhumbuzo Notshe also returns with the talented Juarno Augustus dropping out of the match 23 altogether.

Dobson acknowledged that playing Willemse at inside centre was perhaps a surprise to many on the outside‚ but didn’t go as far as calling it a risk.

“We are aware that the Sharks will play a territorially based game so we wanted to have a bit more firepower there‚” Dobson said.

“Damian at 12 also gives us an extra kicking option. Josh has had a really good season‚ but it’s more than that.

“This is not an unplanned move. Last week Damian moved to 12 for the last 25 minutes of the match‚ but because we went to extra time he actually played 45 minutes at inside centre.

“That was done with a view to final. I don’t see this as a risk. We would have been more at risk if we had carried on the way we started last week.

“Damian has been told that in the short-term his international future is at fullback. There are some differences needed in his game. At fullback he is generally hitting the line at speed and last week that actually worked against us with him at 10‚

“Because he took the ball at pace in the flyhalf channel (the space closed quickly) and we were unable to get outside the Bulls’ rush defence.

“This is a safer option for us and for him because there is less stress on him in terms of decision-making and also allowing him to play his more natural game.

“Defensively Damian is very strong and very aggressive. The way he defended in that channel last week impressed me.

"His big boot also gives us options to play in the right areas of the field.”