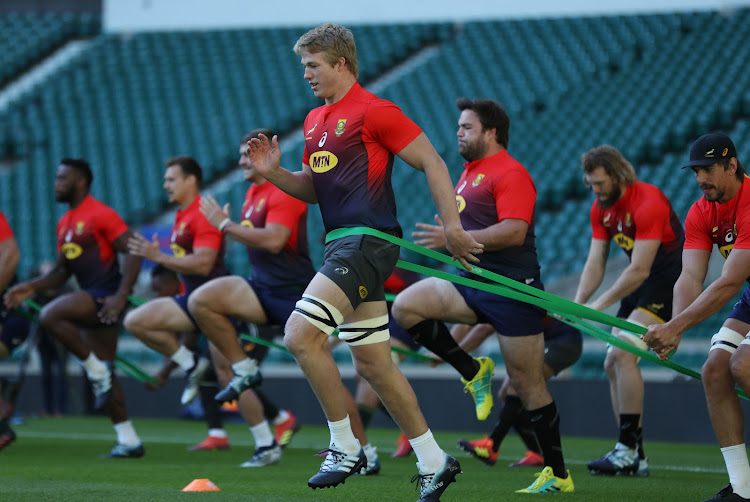 Bok skipper Siya Kolisi is on the bench for the Stormers’ Super Rugby clash against the Brumbies at Newlands on Saturday.

Coach Robbie Fleck preferred to leave the experienced campaigner out of the bulk of the action for another week after young looseforwards Kobus van Dyk and Ernst van Rhyn both did so well during last week’s 41-24 win over the Rebels in Melbourne.

Pieter-Steph du Toit returns from two weeks paternity leave to pack down at blindside flank with Van Dyk moving to No 8 in place of the injured Jaco Coetzee.

In the backline flyhalf Joshua Stander makes his first start of the season with Jean-Luc du Plessis rested this week.

Inside centre Dan Kriel also makes his first appearance of the season with Bok No 12 Damian de Allende rested this weekend.

Prop Steven Kitshoff will again captain the team. Last week the Stormers scored five tries‚ which was their best haul of the season so far while their defence was excellent.

The Brumbies‚ despite their middle of the table status‚ have been clinical try scorers this season‚ with 30 touch downs‚ the third highest in the tournament‚ while the Stormers have scored the fewest – 16.

The Stormers’ backline has generally been settled throughout the campaign but Fleck decided that Stander‚ after some strong performances off the bench on the recent Australasian tour‚ deserved a starting chance.

“Josh was very effective when he played for us on tour‚ be it at 10 or 12‚ and it has been in our minds to give him a chance‚” said Fleck.

Stormers coach Robbie Fleck has some selection posers for this Saturday’s Super Rugby game against the Brumbies.
Sport
2 years ago

The coach though reserved his highest praise for wing Dillyn Leyds‚ who has been the catalyst for the Stormers’ best attacking moves this season.

“It’s all about game time for Dillyn‚ he’s getting used to playing regularly again‚ and he is starting to head back to the form he showed two years ago‚” said Fleck.

“Dillyn was outstanding back then‚ no-one will forget that off-load in the Chiefs game [in 2017 for one of the tries of the year]‚ it was what earned him a Bok call-up‚ and he is getting back to that form.

“He created a few opportunities in the Blues game‚ and was only just denied from converting them by bad luck. Since moving to the wing he has controlled the game out there.”

It’s the only change to the team that beat the Lions 31-20 in Canberra last weekend.

Pocock is on tour but wasn’t considered for this match.