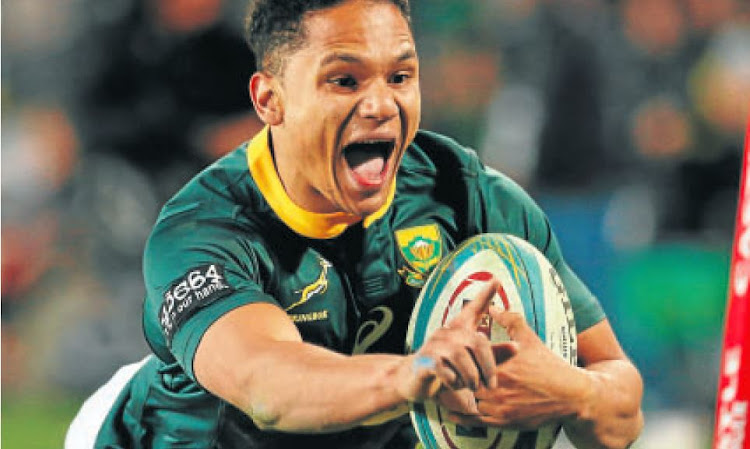 Chaos broke out on the public stands of Ellis Park Stadium when spectators realised they were sitting next to rising Springbok star Herschel Jantjies’s parents, who in a last-minute decision drove all the way from their tiny Cape hometown to see their son’s debut match in Johannesburg.

At the same time, the community of Kylemore in the Cape winelands had set up a big screen on the local school’s rugby field to watch the boy who grew up in front of them not only play his first Springbok match but also walk away with the Man of the Match award after scoring two sensational tries.