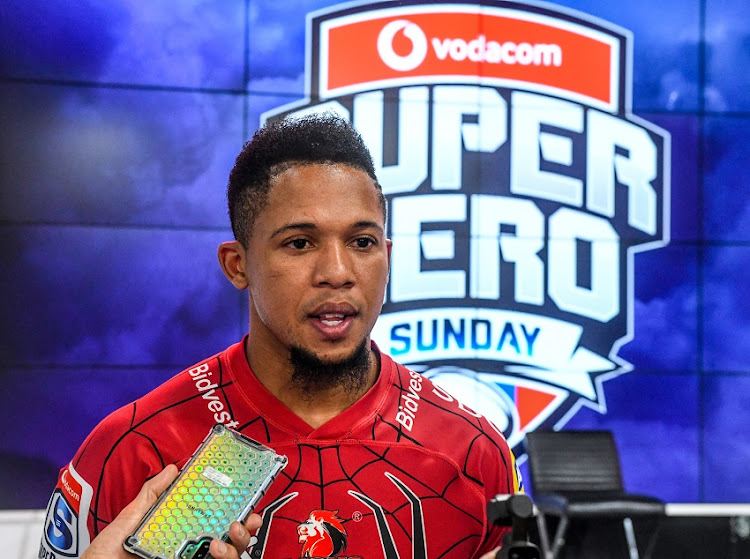 The Lions' prospects of upstaging the table-topping Cheetahs in their Super Rugby Unlocked clash at Ellis Park on Saturday got considerably tougher with the news that captain and talisman Elton Jantjies has been ruled out.

No‚ his absence isn't linked to the scourge of Covid-19‚ instead a grade-one calf muscle injury he sustained on Tuesday will keep him sidelined for this weekend at least.

Four unnamed Lions' players had tested positive for Covid-19 earlier this week and have been put in isolation but it did not significantly affect the starting team.

Apart from Jantjies‚ the vastly experienced flank Jaco Kriel‚ as well as last week's man of the match centre Burger Odendaal‚ are missing from the match 23.

Coach Ivan van Rooyen explained they could have exposed Jantjies to an eleventh-hour fitness test but opted not to after weighing up the risk of more serious injury and the affect that might have on their season.

With Jantjies out, the promising Gianni Lombard slots into the No 10 jersey‚ while inside centre Dan Kriel takes the captain's armband. The pair are likely to have their hands full with the barrel-chested and in-form Frans Steyn likely to come charging down their channel on Saturday.

“He is a quality player‚” said Van Rooyen of Steyn. “He's got a good skill set‚ leadership and experience. We know we have to stop his momentum.”

There is significantly more activity on the bench which is probably an indication of where the Lions were forced to make changes this week. PJ Botha‚ Jannie du Plessis‚ Nathan McBeth‚ Marnus Schoeman‚ Stean Pienaar and Tiaan Swanepoel are the new faces among the substitutes.

Van Rooyen made assembling this week's team sound like it's all in a day's work. “We knew that this will take a squad effort. We have to play 14‚ 15 in a row. We are looking forward to giving the guys opportunities and are up for the challenge. Unfortunately, some miss out but there are opportunities for others.”

Van Rooyen gave the assurance that the franchise has the player depth should the virus lengthen its tentacles at Ellis Park.

“We have 45 senior players. They are willing and able. We are also blessed with U21s‚ six of whom train with us permanently‚” said Van Rooyen.

This week's disruptions, however, come at a time where the Lions‚ who had shown some encouraging signs in their first two matches‚ had to crank it up to help manufacture their first win. Their lowly position on the points table is not commensurate with their effort in those matches.

Asked how close they were to delivering an 80-minute performance after their lethargic start in Durban and their drop in intensity in the second half at Newlands‚ Van Rooyen said: “We were in both games. Hopefully we are 48 hours away. It is needed especially against a team like the Cheetahs. They can punish you. That is a big focus to get intensity for 80 minutes.”