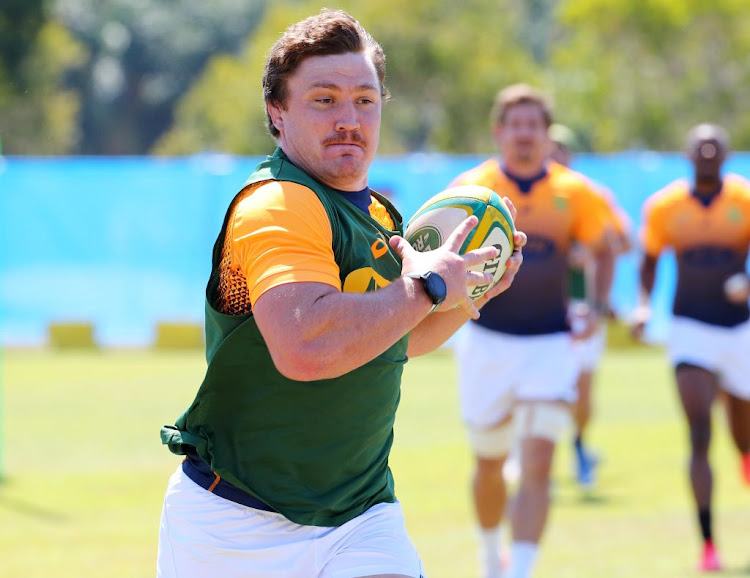 SA loose forward Jasper Wiese could miss this weekend’s much-anticipated Rugby Championship clash with the All Blacks after being cited for foul play during last weekend’s loss to the Wallabies.

Wiese, who made his Test debut against the British and Irish Lions in July and won his fifth cap off the bench against Australia on Saturday, was shown a yellow card for a clear-out of Samu Kerevi late in the Brisbane match.

“Upon further review of the match footage, the citing commissioner deemed in his opinion the incident had met the red card threshold for foul play,” governing body Sanzaar said in a news release.

Wiese led with his shoulder when he dived into a ruck in the 78th minute of the match and appeared to make contact with Kerevi’s head as the Wallabies centre secured a turnover.

The 25-year-old will appear at a Sanzaar judicial committee hearing later on Tuesday and will miss at least one Test if he is found guilty of the charge of physical abuse.

World champions SA play New Zealand in the 100th Test between the two countries at North Queensland Stadium in Townsville on Saturday.

Hooker Bongi Mbonambi says SA have pinpointed where they fell short in the demoralising 30-17 defeat by Australia this past weekend and are ...
Sport
4 months ago

Wins over Springboks will give Australia belief, says coach Rennie