From the Bulls farm to the field, Combrinck happy to 'play again' 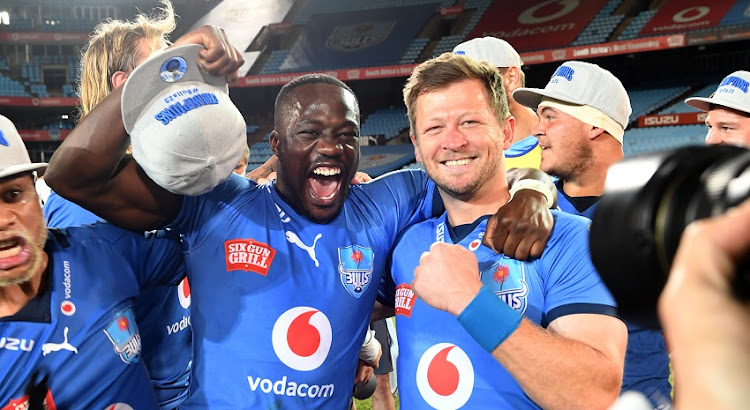 Industrious Bulls winger Ruan Combrinck says he is determined to make the most of the  opportunities he has been given after he was forced to sit on the sidelines for the past 16 months.

The Bulls touched down in Dublin this week ahead of their clash against Irish side Leinster on Saturday and Combrinck said it was simply “a privilege to be able to play again”.

The successful Brahman breeding farmer knows all about the privilege of being able to do what he loves on the field of play and feels it more intensely than ever before after a litany of injuries took it away.

“It’s been a difficult journey back, but as long as you’ve still got that hunger, then it makes it a lot easier.

“It’s great to be involved with rugby again. You know, when you’re a young boy that’s all you know. It’s just about rugby for you. And then you get a taste of what comes after rugby.

“You learn a lot when that bubble bursts and that good life is not in front of you every day any more. You realise the things you miss, and you promise yourself you won’t ever take that for granted again.”

Combrinck says he’s also looking forward to the challenge the United Rugby Championship will bring as they match up against the powerhouses of European club rugby.

“I think that’s going to be lekker. At the end of the day it’s just great for our players to play [in Europe], and for them to come to SA,” he said.

“It can only improve your own game when you play against the best. For me as well, having been out of the game for a while, it’s going to be great to see what I’ve got to give.”

The 31 year-old farmer carries a wealth of experience that includes playing in Europe and for the Springboks, Combrinck will add tremendous value to the team dynamic and especially among the younger members of the Bulls squad.

“I’ve also seen that if a team is happy off the field, then that tour — that stampede — is a whole lot easier,” he said.

“It’s a long season and it can be difficult in a group environment to keep everybody happy.

“But if you’re at peace with yourself and what your job is, it makes it easier for the whole team.”