Currie Cup will start next month 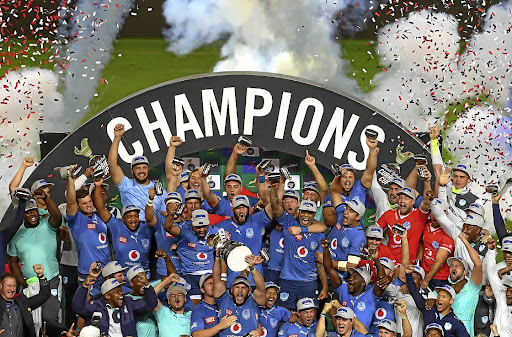 Blue Bulls will start the defence of their Currie Cup title against the Pumas in Nelspruit next month.
Image: Gordon Arons/Gallo Images

The Carling Currie Cup has been confirmed to start next month with a seven-team Premier Division.

The decision comes after an online meeting of the General Council of the SA Rugby Union rejected a proposal from Eastern Province to be incorporated into the top-flight immediately.

The council approved a motion that the top SA team in the First Division be automatically promoted to the Premier Division at the end of the 2022 Currie Cup season to create an eight team Premier Division.

The promoted team will be entrenched for two seasons when the bottom team in the Premier Division will be automatically relegated in favour of the top SA team in the First Division.

The unusual kickoff of January 14 has been prompted by the realignment of the SA domestic rugby calendar to dovetail with the northern hemisphere season after the expanded entry of four teams into the United Rugby Championship (URC).

The change means the Currie Cup final will be played on June 25, which will mark the end of the season for senior professional players appearing in the Currie Cup and the United Rugby Championship.

The Currie Cup First Division fixtures will be confirmed in the New Year.

Springbok stars Siya Kolisi, Lukhanyo Am, Damian de Allende, Eben Etzebeth, and Makazole Mapimpi will be up against each other for the coveted SA ...
Sport
1 month ago