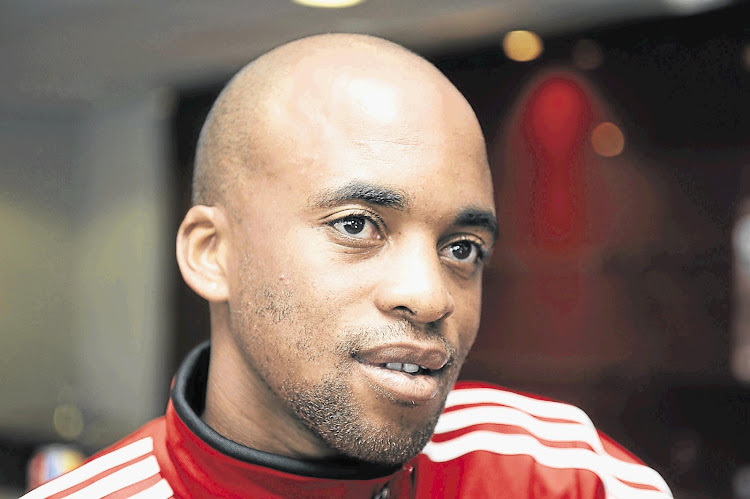 If Pirates are victorious‚ the club will break a three-year trophy drought and Manyisa will win his first trophy as captain to add to the seven he has notched.
Image: GALLO IMAGES

Oupa Manyisa took a long breath before replying on what has been the most difficult part of Orlando Pirates’ disastrous season.

“Eish. It’s us not being in the top eight‚” the Pirates captain said in reference to this generation being the first to not make the top-half cut in the club’s history in the Premier Soccer League era.

But what about the two instances the club shipped six goals in a match‚ being thumped 6-0 by Mamelodi Sundowns and losing 6-1 to SuperSport United?

Short and straight to the point answers are vintage Manyisa. ‘Ace’ is a man of a few words‚ preferring to let his feet do the talking.

“I lead by being positive during the game‚” Manyisa said. “The young players look up to us. If we (as the senior players) drop or heads‚ they will also drop their heads.”

The Buccaneers will look to lift themselves from the desperate position they are on‚ staring at celebrating their 80th anniversary with nothing‚ by winning the Nedbank Cup final against SuperSport United at Moses Mabhida Stadium on Saturday.

Pirates have been a different team in the Nedbank Cup‚ losing their timid nature to become a forceful side that fights until the end‚ chasing that trophy that can at least partly redeem their season.

“Here we are today‚ going to Durban to play in the final. That place loves us (because the last time Bucs won a trophy in 2014 was in Durban‚ in the Nedbank) but we can’t rely on the past. We have to go there and fight for this trophy.”

If Pirates are victorious‚ the club will break a three-year trophy drought and Manyisa will win his first trophy as captain to add to the seven he has notched.

The 28-year-old’s leadership qualities have been constantly in doubt‚ with his critics citing his silent demeanour. Manyisa tends to disappear in difficult moments. But when he shows up‚ he shows up and becomes the club’s heartbeat.

“Being the captain has been challenging but at the same time I am grateful that I am not the only senior player here‚” Manyisa said.

“We’ve got guys like Happy Jele‚ Thabo Matlaba and Mpho Makola to name just a few. We have been helping each other throughout the season even though things didn’t go our way.

“Putting on the armband doesn’t bring much pressure because there are many leaders in the team and we fight as a collective.

“It just means that I am the one who speaks to the referee even‚ though I am not the one who is always speaking there because the only thing that I love doing is playing football not talking.”