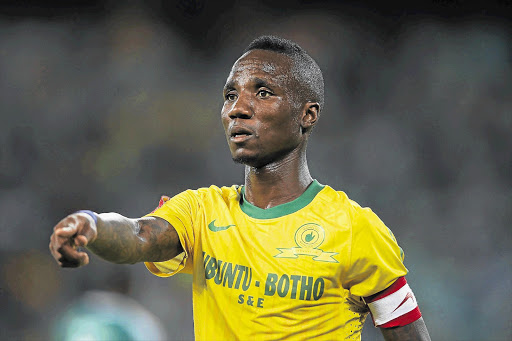 Teko Modise has signed a two-year contract and will wear the No 13 jersey at City.

Modise was unveiled by the Citizens yesterday after leaving Mamelodi Sundowns at the end of last month in the search of more regular game-time.

A delighted Comitis spoke to TimesLIVE from Europe, saying Modise would add a lot of value in a number of areas.

"For me, he is the final piece of the puzzle in terms of competing for silverware next season," Comitis said. "Intelligent footballers are hard to come by and he is certainly one of them.

"Added to that, he can step into a number of different positions so he gives us so many options of how to play. He can take the pressure off a guy like [Lebogang] Manyama, who now maybe does not have to play 30 games in the season.

"We can also, if we choose to, now push Manyama furtherforward into more of a striking position, because Modise can slot into his current role.

"Also, with the recent injury to [Aubrey] Ngoma, we wanted to bring in somebody with experience who could maintain that high level in the team we set last year.

"We need to do this because we want to be in the hunt for the league title. That has to be our aim this season."

Modise has signed a two-year contract and will wear the No 13 jersey at City.

Modise started his career with National First Division side City Pillars, before signing for Supersport United and making his PSL debut relatively late, just shy of his 24th birthday.

He moved to Orlando Pirates, where he spent three-and-a-half seasons.

He then signed for Sundowns in 2011 and has been part of the recent success of the club that has seen them claim two league titles, the African Champions League, African Super Cup, Nedbank Cup and Telkom Knockout trophy.

City finished third in their maiden season in the South African top-flight in 2016-2017 after purchasing the status of Mpumalanga Black Aces.