Micho promises to put Bucs back at the top 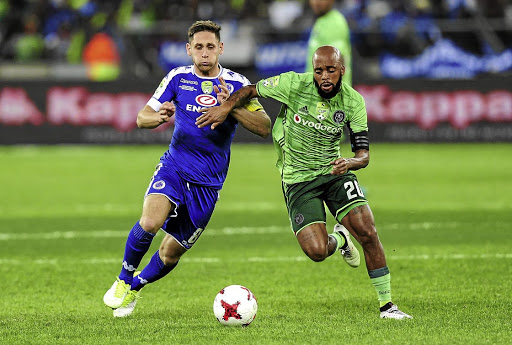 If league titles were won on coaches' introductory speeches, Steve Komphela would have lifted the PSL trophy with Kaizer Chiefs in the 2015-2016 season and Milutin "Micho" Sredojevic would be a sure bet to claim the title in the coming campaign with Orlando Pirates.

But it was what Sredojevic had to say - emphasising that he is a changed, calmer, more confident man, and a coach with a far greater pedigree than in his previous seven-month stint with Bucs in 2006 - that would have given the Soweto club's fans hope of a turnaround.

Sredojevic, 47, who replaces Swede Kjell Jonevret, arrives at the club on a three-year contract.

The Serb also arrives with the pedigree of four league titles since his first stint at the Soweto giants. Bucs have won one trophy in five seasons and finished 11th in the last campaign. Sredojevic's crowning achievement was guiding Uganda to their first Africa Cup of Nations in 39 years this year.

Introducing himself, the coach said: "I am the last 16 years on the African continent.

"In front of you is a different coach than the one who was here for seven months with Pirates. Under my belt are four league trophies in five years, two semifinals of the Confederation Cup and Champions League.

"One project closed just recently with Uganda. I got a call that is very hard to resist.

"The magnitude of this big club, the charisma of this chairman. I want to call him my football father - Irvin Khoza is irresistible," Sredojevic said.

"I am determined to show that from all the experience I got in the past 10 years, my end diploma is made here.

"I want to give my contribution to this great country, to the football game. I want to put a smile on the faces of the supporters.

"As such, I will together with my technical team, my management and chairman and my players to do everything possible within my capacities to return the club to where it belongs - among the best.

"The biggest motivation is the talent of the players. I see a huge room for improvement.

"This is the driving force that pushes me to go to sleep knowing that tomorrow I will do something extra for Orlando Pirates. And this is why I am here. Thank you," the coach added.

Meanwhile, Mamelodi Sundowns have not confirmed the transfer of Oupa Manyisa to that club from Pirates, raising speculation that a swap announced by Khoza yesterday is far from a done deal.