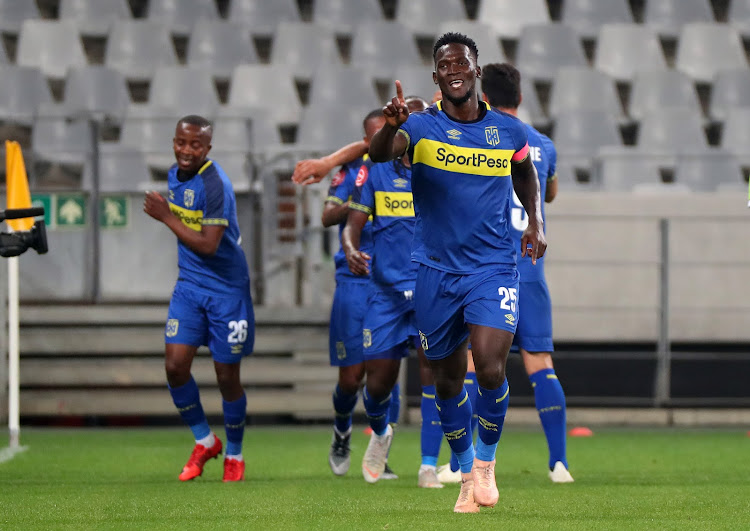 Cape Town City claimed just their second Absa Premiership victory of the season with a comprehensive 3-0 success over AmaZulu at the Cape Town Stadium on Saturday night.

Taariq Fielies, Siphelele Mthembu and Thabo Nodada grabbed the goals for a rampant home side, who gained some revenge for the exit from the Telkom Knockout at the hands of the same opposition on Tuesday.

City were full value for their victory, which will ease the pressure on coach Benni McCarthy, who despite winning the MTN8 title last month had not seen his side win a league game since the start of August.

AmaZulu remain rock bottom of the league after their six-point deduction earlier in the campaign, and were well-beaten on the night as they battled with City’s quick counters and slick passing.

McCarthy had Dutch goalkeeper Peter Leeuwenburgh back in goal from the side that lost to Usuthu in the Telkom Knockout, while Roland Putsche and Fielies returned from suspension.

Mozambique defender Edmilson Dove was also pushed into an unfamiliar centre-back role, while Tokelo Rantie was included in the match-day 18 for the first time as he started on the bench, though he did not make an appearance.

City took the lead after only 75 seconds thanks to a howler from AmaZulu goalkeeper Siyabonga Mbatha.Ayanda Patosi’s free-kick was spilled by the gloveman and Fielies was left with the simplest of tasks to side-foot into the net.

It took 10 minutes for the visitors to carve an opening, but Argentine forward Emiliano Tade could not keep his free header down and it sailed over the bar.

City almost added a second when a swift break saw Surprise Ralani play Patosi through on goal, but Mbatha made a fine stop from the former Bafana Bafana playmaker and Putsche could not manufacture a shot from the rebound.

The home side did double their advantage just past the half-hour mark and it was beautifully worked.

Putsche spotted the run of Ralani into space and found the winger with a pinpoint pass.

Ralani’s control of the ball was top-class and his low cross to an unmarked Mthembu inch-perfect for the strike to net his second of the season.

Bongi Ntuli found himself in space in the City box early in the second period, but his shot was deflected wide, before the game went into a lull in terms of clear-cut chances.

City made the points safe with 15 minutes to go though when another swift break saw substitute Gift Links work his way into the box and his pass was perfect for Nodada to sweep the ball home.

Nodada should have added a fourth when Links put him in goal again, but this time Mbatha rushed out to make the stop.