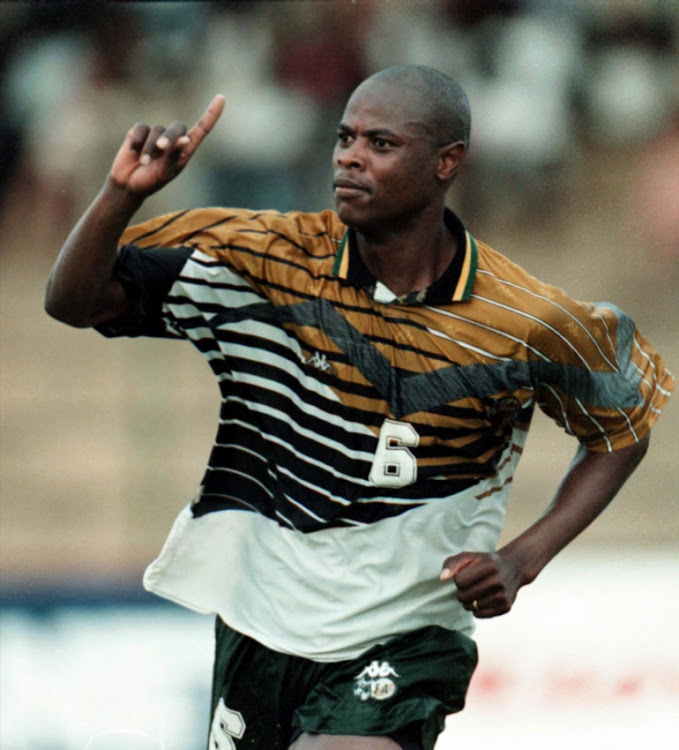 The 49-year-old Masinga lost a long battle with cancer at a Johannesburg hospital on Sunday morning.

A stunned Jordaan described the likeable and popular former player’s passing as a sad day for the sport.

“We have lost a giant of South African Football‚ this is a sad day for our football‚” said Jordaan.

Masinga was admitted in Tshepong Hospital in Klerksdorp last month before he was transferred to a Johannesburg hospital where he was diagnosed with cancer.

Jordaan visited him with members of his executive committee last week before flying out to Dakar‚ Senegal‚ and said he didn’t look too well but didn’t expect him to ‘leave us so soon.”

“I am really gutted.

"I saw him last Sunday before I flew to Dakar and although he was not feeling well‚ he was in good spirits and I promised to visit him again sometime this week and now our hero is gone‚” said Jordaan.

“Phil was a loyal servant of the game‚ on and off the field of play.

“His goal against Congo which took us (South Africa) to our first World Cup in France in 1998‚ is still the most celebrated goal in the country to date‚” he said.

Masinga was an active member of the South African Masters and Legends Football Association and his president Buddha Mathathe was stunned after the family informed him of his passing.

Masinga was born on 28 June 1969 in Klerksdorp in the North West and played among other clubs Mamelodi Sundowns‚ Jomo Cosmos‚ Leeds United‚ Saint Galliens in Switzerland‚ FC Bari and Salernitana in Italy.

Leeds United tweeted soon after the passing on of the football legend: “It is with great sadness that the club has learnt of former striker Phil Masinga’s passing. The thoughts of everyone at #LUFC are with his family and friends.”