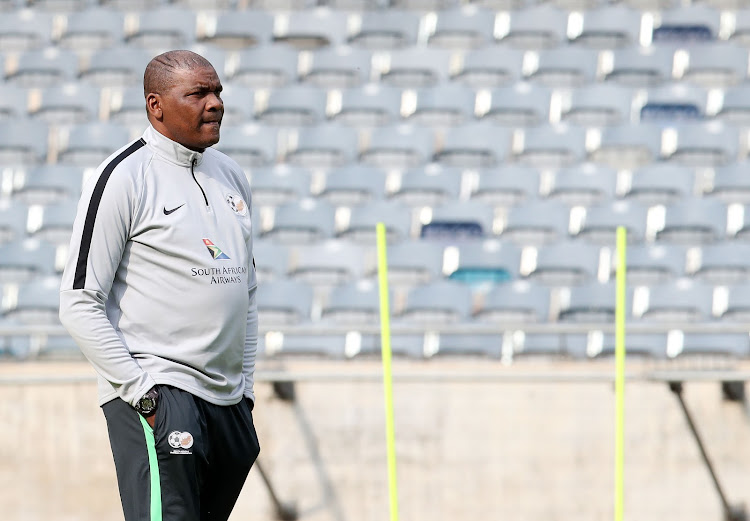 Ordinarily, Bafana Bafana might view a trip to Ghana for an Africa Cup of Nations qualifier with some trepidation.

But right now, the fallout from a mediocre performance from the Black Stars at the Egypt 2019 Afcon in June and July would appear to make new Bafana coach Molefi Ntseki’s first competitive match ripe for at least a draw.

Ghana’s one win at Egypt 2019, a 2-0 victory against Guinea-Bissau, is their only victory in their last six matches.

Bafana Bafana start their Africa Cup of Nations qualification campaign away in Ghana on Thursday and come up against a Black Stars side that is ...
Sport
2 years ago

Appiah has encountered pressure to rebuild his team, the core of which is drawn from the country's 2015 Nations Cup finalists. Some, such as star player Andre Ayew, have been in the team since Ghana's 2010 World Cup heroics.

Scandals and administrative chaos have also rocked the Ghanaian FA.

Bafana outperformed Ghana to reach the Egypt 2019 quarterfinals, shocking the hosts in the last 16. The Black Stars lost on penalties against semifinalists Tunisia in the last 16.

South Africa were solid in all their matches, even if their conservative approach was criticised at home.

Bafana have had a solid build-up to their upcoming matches against Ghana and against Sudan at Orlando Stadium on Sunday. So far it has been noticeable how South Africa’s local and overseas contingent have responded eagerly to call-ups from Ntseki, who has replaced the coach he assisted at Egypt 2019, Stuart Baxter.

Bafana have a full-strength combination in Ghana, including France-based Bongani Zungu and Belgium-based Percy Tau, who both missed last month’s friendly win against Mali through injury.

“I think one has to make mention of the players reporting for camp. We are all happy, all looking forward,” said Ntseki from Ghana.

Bafana Bafana would love to earn at least a draw against Ghana at Cape Coast Stadium to get their 2021 Africa Cup of Nations qualifying campaign off ...
Sport
2 years ago

“We also want to thank their clubs and their coaches who have released the players we have in camp.

"The good thing about the camp is that we have not had major injuries. All the niggling injuries our medical team could deal with, so we have a very clean bill of health.”

“It’s a tough one playing Ghana in Ghana, but if you look at the history of Bafana Bafana, we have done very well playing away. The players know they can only be their own best supporters. They can only carry out the tactical plan to the letter, so that we get points.

“We know it’s going to be a tough match. We are also ready for it, because we believe that we have got the qualities to do well.”

Ntseki has his Nations Cup fullbacks, Thamsanqa Mkhize and Sifiso Hlanti, back from injury. They can be crucial as the coach aims for a more cautious approach and to utilise experience away against Ghana, compared to the attacking outlook he employed against Mali.

SuperSport United goalkeeper Ronwen Williams says Bafana Bafana will have to show strong mental fortitude when they face Ghana in a 2021 Africa Cup ...
Sport
2 years ago

Ghana captain Andre Ayew says his side must put their bodies on the line to beat South Africa in their 2021 Africa Cup of Nations qualifier in Cape ...
Sport
2 years ago

Bafana captain Hlatshwayo asks his team-mates to focus and concentrate

Bafana Bafana captain Thulani Hlatshwayo says the team’s solid performance at the 2019 Africa Cup of Nations (Afcon) gives them confidence that they ...
Sport
2 years ago