Khoza: PSL has asked for meeting with Safa on refereeing 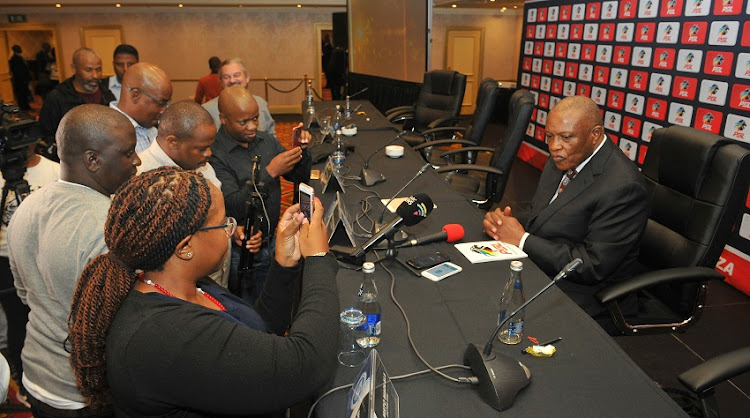 The Premier Soccer League (PSL) has asked for a meeting with the SA Football Association to discuss the matter of referees‚ league chairman Irvin Khoza has said.

Khoza said the PSL also wants to discuss Safa granting permission for VAR (video assistant referee) to be introduced in the league.

This comes after a period of a few weeks of controversial statements and complaints made by PSL coaches in the wake of a spate of high profile refereeing blunders in league matches.

“The most important thing that emerged from this meeting was the request by the members of the Board of Governors (BoG) that we request Safa for a meeting to discuss the issue of the referees‚” Khoza said after Thursday’s BoG meeting at Emperors Palace convention centre in Johannesburg.

“And fortunately in the meeting‚ we had the acting CEO of Safa‚ Mr Gay Mokoena‚ here‚ and they have agreed to take the matter up.

“Because some of the issues can arise from lack of information. That’s why you can have people speaking out of turn‚ and they must be assisted with understanding some of the situations.

“One of the things we want to discuss in that meeting is the introduction of VAR. Because without the permission of Safa we can’t have VAR.”

#PSL chairman #IrvinKhoza speaks about match officials, #VAR and the league having gone past the R1-billion mark in revenue. pic.twitter.com/io0zwIxCqL

Khoza said PSL coaches who have “spoken out of turn” about referees will be charged for disciplinary offences.

“But when there are issues that are fundamental‚ which obviously need intervention‚ I think it’s fair that we listen to those voices‚” he added.

The PSL chairman said all PSL clubs would be involved in the meeting.

He said part of the purpose of the meeting was also to educate the clubs on issues they might have confusion over.

The PSL chairman could not say when the meeting will take place‚ but said that it had been stressed that it was a matter of urgency.