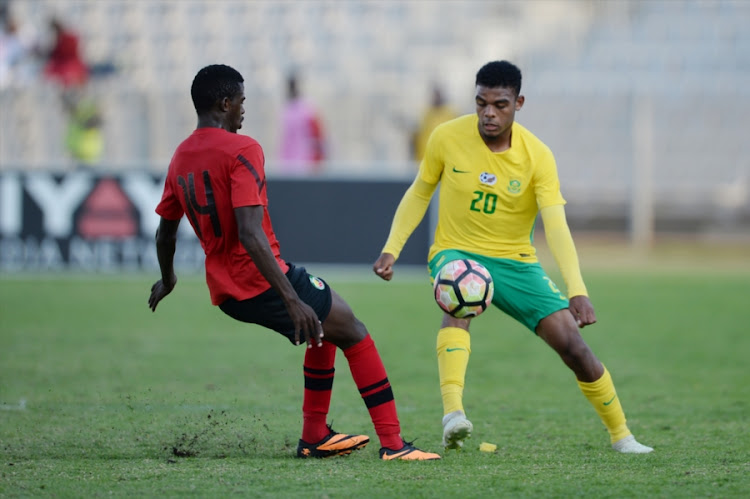 Having Bafana Bafana star Percy Tau in the same city of Bruges serves as comfort and can be an advantage for Cercle Brugge forward Lyle Foster, the Orlando Pirates youth product says.

Foster (19) enjoyed  his best run of game time, often as a right winger, as a top-flight professional in a 2019-20 Jupiler Pro League season cut short by the coronavirus.

The SA Under-23 international played 19 of 29 league games, scoring once, as the smaller Bruges club, Cercle, finished 14th in the cancelled 16-team 2019-20 Pro League.

Foster was asked how much he sees of Tau.

“We don’t necessarily hang out because our schedules are both so tight, but after a game we’ll chat,” he told TimesLIVE.

“The last game we played against each other we were the last to leave the stadium because both of us were standing in the tunnel speaking about football.

“I love speaking to Percy because of the experience he has, the type of player he is, and he’s definitely a person I look up to.”

Foster said having one of Bafana’s biggest stars – a 2016 Caf Champions League and twice Premier Soccer League title winner with Mamelodi Sundowns – in the same Belgian city can be comforting and inspirational for the younger, up-and-coming forward.

“Three thousand percent. Whenever someone asks me my nationality and I say I’m South African, because his club is the biggest in Bruges they will always mention Percy Tau,” Foster said.

“I love asking him questions. How it felt to win the Caf Champions League, winning the PSL title and playing for Bafana Bafana.

“It’s a great advantage and tool that one of Bafana’s best assets is right here where I am. And if I need advice I can just listen to him.”

Cercle and Club Brugge even share the Jan Breydelstadion as a home ground, where Foster says his team attract some 15,000 supporters normally.

For the Bruges derby the ground is packed to its 29,000 capacity, as it was when Foster came off the bench in a 2-1 defeat for Cercle on March 7 where Tau was an unused substitute. Kylian Hazard, younger brother of former Chelsea star Eden, was also a substitute and scored for Cercle.

“The stadiums here aren’t as big as at home. But definitely there’s a crowd to play for and it’s an experience to enjoy,” the ex-Buccaneer said.

Tau (26), on loan at Club Brugge from English Premier League Brighton and Hove Albion, played 18 league games for the champions in 2019-20, and against Real Madrid and Manchester United in their Uefa Champions League and Europa League campaigns.