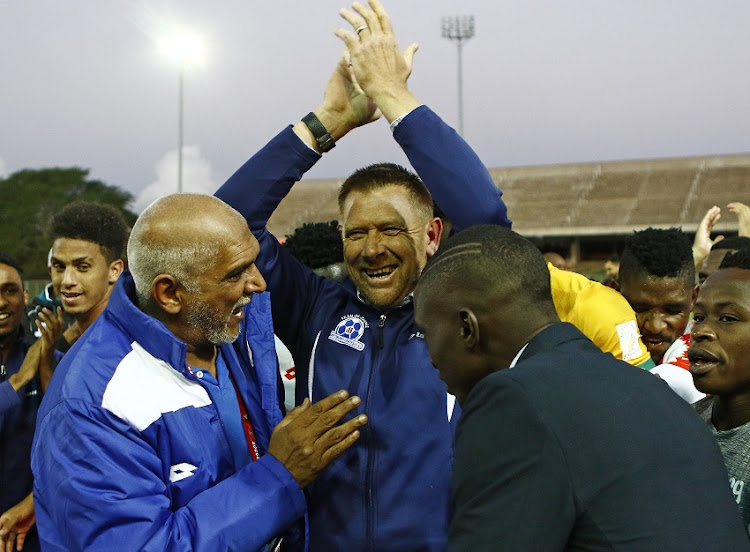 Maritzburg United chairman Farook Kadodia has said that it might be one positive spinoff of the economic downturn that will be a result of the coronavirus pandemic that Premier Soccer League (PSL) clubs will have to focus more on developing young talent.

With South Africa’s economy predicted by the World Bank to shrink by 7.1 percent as a result of the effects of Covid-19‚ football will not be spared.

The economic bubble to the PSL that came as a result of the rich broadcast and sponsorship deals clinched before and after the hosting of the 2010 World Cup is expected to deflate‚ and it remains unclear to what extent.

Maritzburg had already begun to move towards a more sustainable model of producing players from their academy rather than buying personnel season after season‚ with ex-coaches Ernst Middendorp and brothers Fadlu and Maahier Davids improving the club’s academy significantly.

This resulted in success on the field too‚ with a highest fourth-placed Absa Premiership finish in 2017-18‚ and cup finals in the 2018 Nedbank Cup and 2019 Telkom Knockout‚ though United did also fight relegation last season.

They bounced back and were in fifth place in the Premiership when the PSL suspended matches in March.

“We have gone a long way [advancing development] at Maritzburg – the emergence of young players was key to our success in the last three years‚” Kadodia said.

“Look‚ there’s not doubt about it‚ it is the route to go to promote young players‚ but you’ve also got to have a blend of the experienced players to guide the young players.

“You do have challenges. When a team that goes past a 70/30 [young to older] balance as far as a mix of ages you can have the challenge and fear of relegation.

“The important thing is that‚ at the moment‚ I think a lot of clubs will have a complete review of the situation.

“No doubt about it that there will be financial impacts on most clubs. And the only way to solve that is to promote more young players.”

“We need to obviously look at the comfort of having a window where clubs can look at young players with an open mind without having fears of relegation‚” he said.

“That’ll be a good point where we need probably a season or two to give players the comfort of promoting players‚ rather than having fears of relegation.”

The 2010 World Cup economic bubble played a major role the Premiership becoming one of the most-watched Africa leagues across the continent. But a negative side effect was that the majority of clubs put a larger emphasis on buying than producing players.

Development of players does require an initial economic outlay from teams‚ but once it is operational in an effective manner is a far more sustainable option.