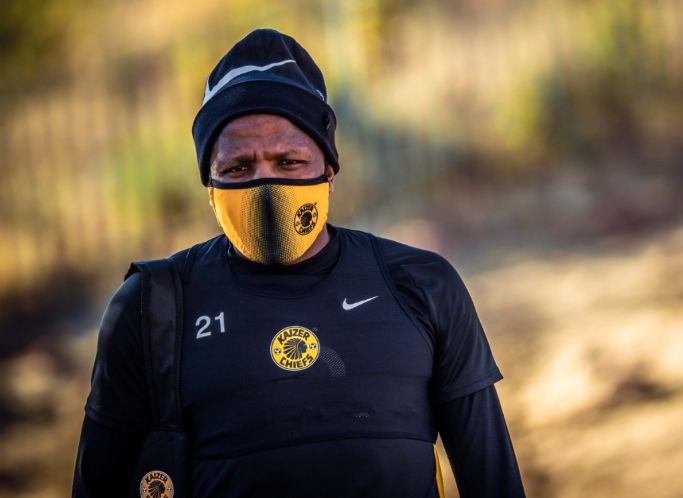 Kaizer Chiefs star midfielder Lebogang Manyama arrives at training at the club's Naturena base in the south of Johannesburg on July 6 2020.
Image: Kaizer Chiefs/Twitter

Kaizer Chiefs midfielder Lebogang Manyama has revealed that his award-winning goal against fierce rivals Orlando Pirates in February was the product of hours spent at the club's Naturena training grounds.

Manyama walked away with the goal of the month award for February/March and he said the Chiefs coaching staff and players worked very hard to perfect the movement‚ the dribbling‚ passing‚ execution and finesse that led to his lone strike against a bamboozled Pirates in a Soweto Derby encounter that was balanced on a knife edge.

"I would like to take this moment to thank all the fans who voted for me for this goal‚" he said after winning the award on Monday.

"I think it's fair to say it will remain a memorable one because it was also my first derby goal‚ and the award just tops all of that off‚ so thanks once again.

"I would also like to thank the coaching staff and the boys because a lot of planning was behind that goal‚ and it came out exactly as we planned it. I was just the lucky one who got the chance to finish it off.

"And thanks once again to the Amakhosi fans‚ Amakhosi for life."

Millions of Chiefs fans around the world will hope that the premiership leaders hold their nerve in these remaining weeks of the season and deliver the league title on the club's 50th anniversary year.

Amakhosi return to action against Wits in a tricky date on Wednesday and coach Ernst Middendorp will have noted rival mentor Pitso Mosimane's warning to thread very carefully against Gavin Hunt's charges.

Benedict “Tso” Vilakazi has tipped Mamelodi Sundowns to beat Orlando Pirates when the two sides meet in an eagerly anticipated league showdown at ...
Sport
1 year ago

Bidvest Wits are not a team who want to roll over and die just because they have been sold‚ Mamelodi Sundowns coach Pitso Mosimane has warned Premier ...
Sport
1 year ago

The Absa Premiership finally resumes this week after five months of inactivity and three individuals should have an extra spring in their step after ...
Sport
1 year ago