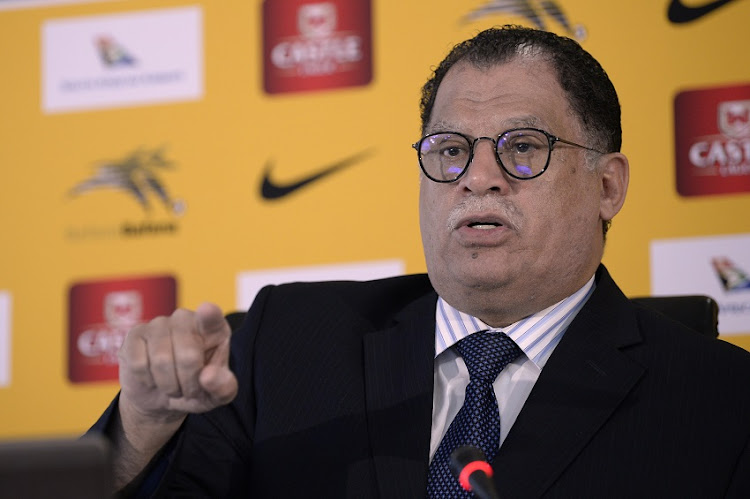 The South African Football Association (Safa) and its president Danny Jordaan have given the Democratic Alliance's shadow sports minister Tsepo Mhlongo an ultimatum to retract the “unfounded remarks and defamatory statements” he made a few months ago by Friday or face legal action.

The DA's member of parliament was last week slapped with a letter of demand from lawyers instructing him to apologise and withdraw statements he made against the Safa president Jordaan in April.

But a defiant Mhlongo laughed off the lawyers’ letter on Monday and dismissed it as “a desperate attempt to silence me”.

He insisted that he would not be intimidated and further argued that Safa should not use the organisation’s money to fight Jordaan’s battles.

“I will not retract any statement whatsoever. I will not be intimidated by Safa and Jordaan using federation money to take legal action against me.

“I will continue doing my job without fear or favour and within the confinement of my duties‚” said Mhlongo‚ adding that he will release full statement on Monday afternoon.

The spat began after Mhlongo called for Jordaan's suspension in comments which were published in the media in the wake of a damning leaked report from former acting CEO Gay Mokoena in April.

The report contained harsh criticism of how Jordaan allegedly rules Safa with an iron fist‚ and how dissent is apparently frowned upon within the organisation.

The ugly spat between Jordaan and Mokoena has entered the political domain with the DA in parliament calling for the head of the Safa boss.

“The DA calls for his suspension and investigation into this matter to be conducted by reputable and independent legal practitioners. This will ensure that the findings and recommendations made to the Safa board on the future of Jordaan are objective and unquestionable. Breaking corporate governance principles mean he is a one-man show and that amounts to corruption tendencies.

“The Safa (national executive committee) should be blamed for allowing itself to be part of parcel of maladministration. The whole (committee) deserves to be dissolved and disbanded all together because it does not follow its own constitution. Jordaan is not fit to lead Safa in this era‚” Mhlongo said in April.

Safa and Jordaan‚ through the lawyers‚ categorically denied the allegations and said the comments were made with the intention of defaming and to injure reputation.

The lawyers said Mhlongo’s comments were understood by those who heard or read them to mean that Safa and its president Jordaan are corrupt‚ lack integrity and are involved in apparent maladministration of the organisation.

“As a result of your remarks and allegations‚ our clients have suffered‚ and continue to suffer harm to their reputation.”

Safa and Jordaan demanded that Mhlongo publicly withdraw his comments and post an apology on his social media platforms. They said the allegations by Mhlongo were “malicious‚ reckless and negligent”.

“To this end‚ kindly be informed that should you not carry out the above by no later than Friday 28 August 2020‚ our clients will exercise in law in pursuit of justice.”

Members of parliament are protected by a parliamentary privilege that shields them from being made to retract comments they make within the house.

But Safa and Jordaan are of the view that that privilege does not apply in this case.

Safa spokesperson Dominic Chimhavi told TimesLIVE on Monday that the association has no further comment beyond what is entailed in their letter of demand to Mhlongo.

“This issue which he (Mhlongo) said outside parliament is now in the hands of our lawyers. No comment at this stage‚” said Chimhavi.

A complaint of abuse of power and other violations against South African Football Association (Safa) president Danny Jordaan has been sent to the ...
Sport
1 year ago

Long-time SA football administrator Ria Ledwaba is heading for a collision course with the SA Football Association (Safa) after she vowed to ...
Sport
1 year ago