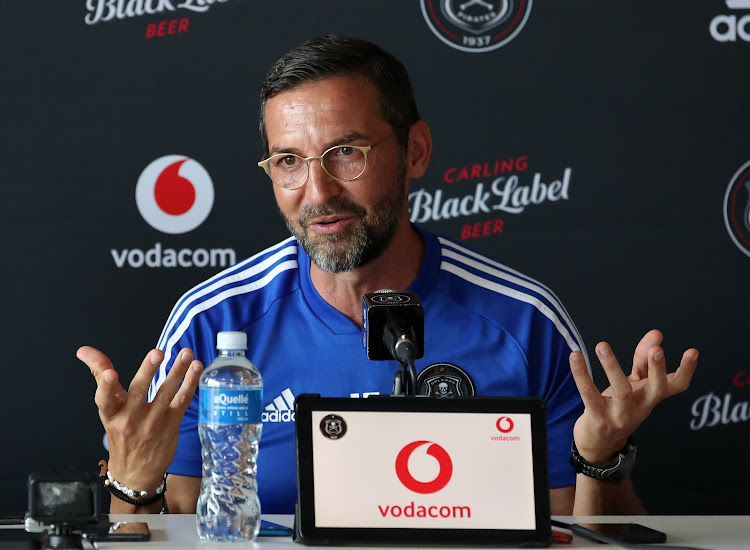 Orlando Pirates' German coach Josef Zinnbauer has surprisingly started off with impressive results for someone who is completely new to African and the South African Premier Soccer League.
Image: Muzi Ntombela/BackpagePix

Orlando Pirates coach Josef Zinnbauer is heading home to Germany to attend to a personal family emergency‚ and it was not immediately clear from the emergence of this news on Saturday whether the coach will be able to return.

SuperSport television host Phumlani Msibi revealed the news directly after Pirates' best result of the 2020-21 season in their four matches so far‚ dominating Kaizer Chiefs 3-0 in the first leg of their MTN8 semifinal at Orlando Stadium on Saturday afternoon.

Zinnbauer was asked in the digital post-match press conference if he could explain the reasons for his sudden departure back to native Germany.

"Please understand that it's family and very‚ very close to me and the family. We will speak about it in the official [way] next. Sorry‚ I hope you understand it‚" was all Zinnbauer would say on the matter.

The coach was apparently scheduled to go to OR Tambo International Airport almost straight from the game and board a plane to Germany on Saturday night.