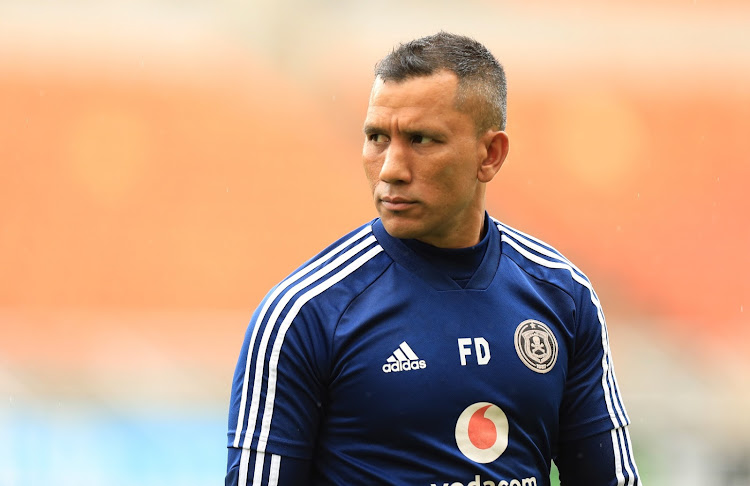 The Buccaneers go into this Soweto Derby with a commanding 3-0 lead from the first leg but Davids, who will be in charge in the absence of coach Josef Zinnbauer, says Chiefs have what it takes to turn the match around.

“Yes, it is a different technical team but we know how dangerous they can be especially with an experienced coach like Gavin Hunt. He is going for goals and we know that they can immediately turn the game around and we won’t go into this game with the mentality of undermining Chiefs.

“We are approaching the match like any normal match and we are taking the scoreline out of the equation. We will be making a mistake if we start the match with the 3-0 score in our heads.

“We take it as half time, but not a normal 45 minutes because we still have 90 minutes to play. We will approach the game with the mentality of trying to score goals – that will be our approach going into this one.”

Davids said he is in constant contact with Zinnbauer, who has been given some time off to be with son Fabio who is reportedly fighting for his life in a German hospital after a horrific car accident.

“I am in constant contact with the coach for about three to four times a day and he definitely has his finger on the pulse. We know that we can’t go into this game complacent and thinking that already we have one hand in the final, no.

“We approach the game as if the score is 0-0 and we want to score and not to defend the 3-0 scoreline. That is the approach we want to take and that is how we will start the match.”

Davids also confirmed that lead striker Gabadinho Mhango has been ruled out of the match while Pirates had to wait for late fitness tests to decide on the availability of captain Thulani Hlatshwayo, Thembinkosi Lorch and Terrence Dzvukamanja.

Orlando Pirates may play the second leg of their MTN8 semifinal against Soweto rivals Kaizer Chiefs on Sunday without three regular players due to ...
Sport
1 year ago

Hunt on Chiefs' struggles in front of goal: 'I couldn’t tell you‚ nobody could tell you'

Will Gavin Hunt continue to cut a frustrated figure on the Kaizer Chiefs bench this weekend?

Kaizer Chiefs coach Gavin Hunt has said that the short‚ two-week 2020-21 preseason is the main reason for some of his veterans creaking through the ...
Sport
1 year ago