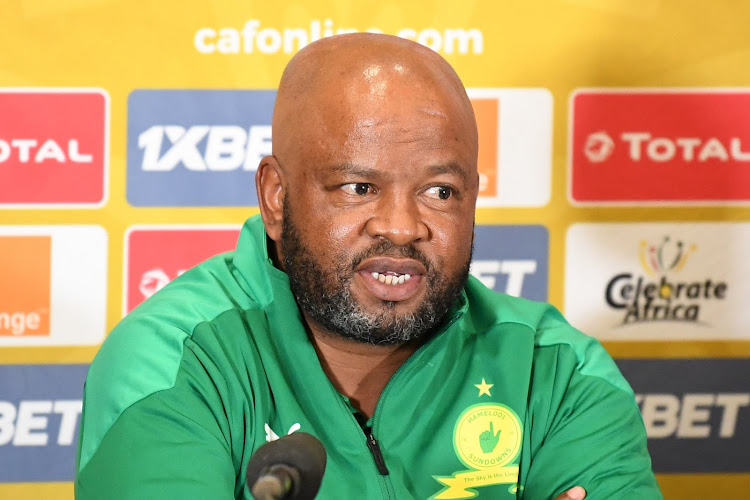 Mamelodi Sundowns coach Manqoba Mngqithi is satisfied that their players are now used to the coaching methods of the technical team that includes Steve Komphela and Rulani Mokwena as co-coaches.

The Brazilians are currently sitting on top of the log with 39 points from 17 matches and they remain the only team in the DStv Premiership to be defeated this season.

On Sunday, they take on struggling bottom-of-the-log Black Leopards at Loftus looking for their fifth successive win and also to go past 26 matches in all competitions without defeat this season.

“The team is responding very well, they have seemingly bought into our playing concept,” said Mngqithi who added that Downs are trying to get as many league points as possible so that they are in a better position at the business end of the season.

They have to do that despite facing a short turnaround of matches as they are still involved in the league, the Nedbank Cup and this week qualified for the quarterfinal stage of the Caf Champions League.

“Knowing that this season is a little bit tighter, so if you look at our last league matches in May you will realise that whatever we do we must do it quicker in the Champions League to give ourselves a breather.

“Even in the league, it will be nice to arrive to the last five matches not looking for too many points because at that time it will be very tight for us when you look at the programme. The team has got the material to perform the way they are performing at the moment.

“We just get excited when they make sure that they win matches and also when they keep clean sheets because we know if we keep a clean sheet we are guaranteed to score a goal. Sundowns always have a goal in them somewhere and so far one is encouraged, and this is a very long road but we know there is still a lot of work to be done.

“Humility is important and the players understand that they must respect the game because the game can show you flames. We are allowing a little bit more of a game and we don’t even encourage a lot of long and high balls unless we are forced by circumstances.”

On Tuesday, Sundowns qualified for the knockout stages of the Champions League by beating TP Mazembe and Mngqithi said there was nothing to celebrate.

Mamelodi Sundowns will be without talismanic attacker Peter Shalulile when they host Black Leopards at Loftus in a league match on Sunday‚ but coach ...
Sport
1 year ago

Mngqithi on his new boss at Sundowns: 'this is one of the best decisions that a father can take'

Mamelodi Sundowns' chairman Tlhopane Motsepe has assumed the reins at Chloorkop and coach Manqoba Mngqithi has described his new boss as a ...
Sport
1 year ago