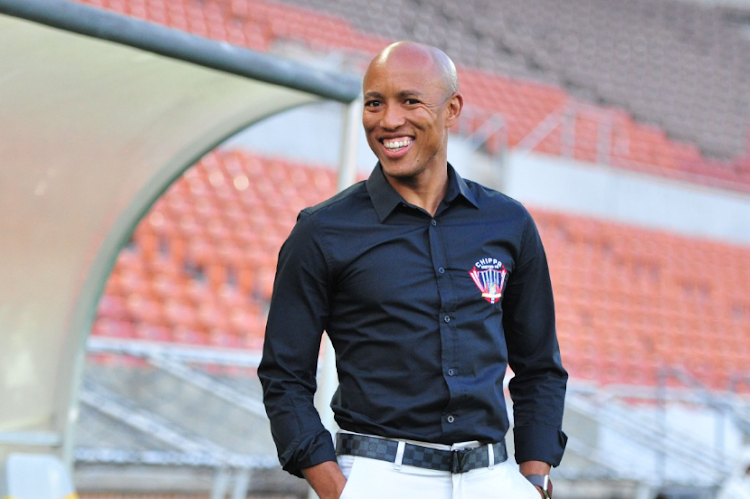 Kurt Lentjies has praised the potential of 16-year-old Luphumlo Sifumba, who shot to national prominence with a goal in the 3-0 victory for Coastal United against Dinaledi in the DStv Compact Cup in Durban on Saturday.

Lentjies, who is coach of Chippa United and technical adviser for Coastal United, says the Cape Town City teenager is not just a prospect for the future but also for now.

Coastal United were 2-0 up, thanks to goals from Ashley du Preez and Taariq Fielies, when Sifumba came off the bench to put the finishing touch to the result with a superb third for his team.

“He wouldn’t be here if we and the supporters who voted for him didn’t think he was capable,” said Lentjies.

“He showed it in training and it was a given he would come on. We decided that the boy, the way he was training, he deserved to play.

“With coach Eric [Tinkler] knowing him from Cape Town City and coach Steve (Barker) having a look at him for the first time in training ... wow, what a player for the future. And not even the future, why not now?

“Sixteen years old, first touch and he scores a goal. But not just the goal, everything he did after that as well. So I am happy for him, but not just me, everybody in the technical team was happy for him.”

The scoreline may look as though it was a routine win, but Lentjies said it was anything but, and if Gaston Sirino had not missed a 58th-minute penalty for Dinaledi, things might have been quite different.

“I can’t say it was an easy match at all, they started off as the better team but obviously the goal that we scored helped us to boost the confidence. Everything went as planned, we pressed them high and sat deep when we had to.

“We took our chances and they did not, and that was the story. They had a penalty at 2-0 and they missed. If Oscar [Masuluke] doesn’t make the save then the game changes there. But the hard work paid off for us.”

Amabutho technical adviser Lehlohonolo Seema felt his side did enough to get more from their 2-1 loss to Warriors, which was not helped by an own goal from AmaZulu midfielder Siyethemba Sithebe.

“When you see the players that met just the other day, and you try to get the structure and the harmony and hard work. And then you see this on the field of play, you can only say congratulations to everybody that was there,” Seema said.

“You could see we started very well and played against a side that had confidence. We knew if we put ourselves in a good frame of mind, we would have a chance.

“But credit must go to all the players and the Warriors ... we scored the goal for them and that is what is making it a little bit hard to take. Especially after missing so many chances.

“We now look forward to the next game, but we have to pick up the players. We want to win at least one game in this Cup.”

The final will be played on Saturday between Coastal United and Warriors at FNB Stadium and Dinaledi and Amabutho meet in the third-place play-off.

Cape Town City midfielder Mpho Makola has been suspended from football for two months for pushing assistant referee Cladwin Baloyi after his team's ...
Sport
5 months ago

Itumeleng Khune’s impressive performance in goal for Warriors as they beat Amabutho 2-1 in Saturday night’s DStv Compact Cup semifinal may have give ...
Sport
5 months ago