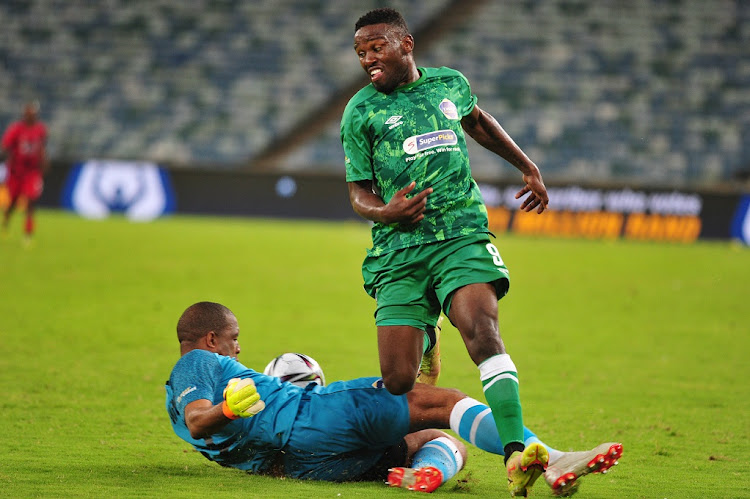 Itumeleng Khune’s impressive performance in goal for Warriors as they beat Amabutho 2-1 in Saturday night’s DStv Compact Cup semifinal may have give his Kaizer Chiefs coach, Stuart Baxter, something to think about.

Khune, almost non-existent for Chiefs playing just one cup game all season as Baxter has preferred Nigeria international Daniel Akpeyi in goal, was commanding for Warriors at Moses Mabhida Stadium.

He earned the praise of his Warriors coach, Dylan Kerr, who said: “Khune was fantastic. Credit goes to him — he’s not played football for a long time. I’ll tell you what, he’s a class goalkeeper.”

Warriors opened the scoring through Siyethemba Sithebe own goal in the 50th minute, Nkosinathi Sibisi equalised for Amabutho in the 69th, and Monnapule Saleng struck the 86th-minute winner.

Earlier Coastal United booked their place in next Saturday’s (January 29) final with a 3-0 win against Dinaledi in the competition where line-ups are voted for by the public from players sourced from four streams of four Premierships teams.

Some coaches roped into the DStv Compact Cup are frustrated at the lack of information provided by the Premier Soccer League (PSL) on the logistics ...
Sport
4 months ago

Premiership clubs are concerned about injuries to their players in the DStv Compact Cup, and disgruntled and shocked that the Premier Soccer League ...
Sport
5 months ago